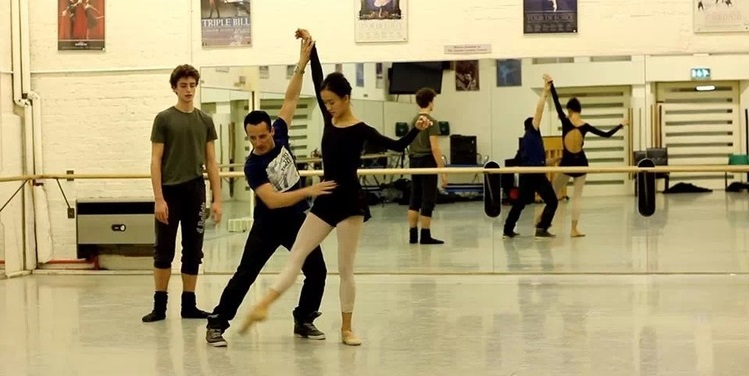 Tim Podesta’s story is, in many ways, typical of an Australian creative. In a country that prefers its heroes in war graves or footy shorts, artists often find themselves battling limited opportunities, cultural cringing and the reductionist mantras of marketing. In this context, Podesta’s new work Alta Staré (Standing Tall) is emblematic not only of his own remarkable journey but that of many in the local dance community.

Indeed, when Alta Staré premieres this month it will do so as part of the prestigious International Stars of Ballet & Dance event at Hatch House in London. Not only that but it will feature Royal Ballet principal Mara Galeazzi and American star Peter Chursin.

For Podesta this is clearly a choreographic milestone. “I’ve really been trying to take a step back and enjoy it,” he says. “But y’know, Mara is such a beautiful person that you don’t really feel what you would imagine to be the pressure of working with someone of her stature at such a prestigious event.”

Aside from the kudos of working with Covent Garden Dance as part of an event that also features Carlos Acosta – not to mention having his work performed in a beautiful 17th century walled garden – Podesta has a very personal attachment to the themes of Alta Staré, or standing tall.

“As a dancer,” he explains, “I’m very ‘short of stature’ and in my training days I was told that I was going to find it very difficult to be a ballet dancer at my height. So, from that point onwards it was very much about putting up the good fight and going about changing perceptions. And even in terms of my choreography, many people tried to talk me out of walking this path. ‘There’s so few opportunities, the chances of success are so small’ and so on. That kind of thinking even filters through to those who do find success on some level because they start second guessing themselves; and then that translates through to the work, insofar as you start trying to ‘find the trend’ rather than creating your own.”

That Podesta’s career arc has defied the naysayers is now beyond question. With his company PROJECTion Dance, he now works internationally as a choreographer, facilitator and filmmaker; this after a stage career that included roles in works by Balanchine, Ashton and Hynd.

It is from this perspective that he holds forth on the lingering cultural cringe. “I always get the impression that in Australia it’s about bringing other things in from outside, and this is worthwhile, but I think that what’s going to take us to the next level is continuing to export what we do … Again, this all goes to self-belief. We second guess ourselves a lot. We like to follow instead of being more innovative and telling our own stories.”

All of which goes to inform Alta Staré. Comprising of a Galeazzi/Chursin duet and a solo section for Galeazzi, the work explores the dialectic of strength and weakness. As Tim Podesta explains it, “Mara for me represents the perfect ideal of a dancer. She can be strong and demanding when necessary but also incredibly fragile; and the essence of that is that it’s really all of us at some point. Y’know, we all have our moments.”

So, within the work, is Mara Galeazzi at her strongest solo or in duet? Although conceding that she is choreographically stronger in the sequences with Peter Chursin, Podesta nonetheless comments, “For me it’s that false belief that it’s when we’re being supported that we’re at our strongest. I like to think that if ever I’ll be at my strongest it’s when I’m alone and I don’t have to rely on somebody else to make me feel good about myself.”

Here again, the motifs of Alta Staré and its creator’s personal life cross-pollinate. “As a dancer I wasn’t aware enough of when I needed to take a step back and acknowledge what I’d achieved,” he candidly recounts. “I was forced into retirement almost by recurring knee injuries and it was only because of that that I was I sort of forced to look back and see what I’d be able to achieve. Obviously, I wasn’t expecting my career to end as soon as it did and in a way that’s something I’ve tried to rectify in my career as a choreographer.”

Whilst some of us here in Oz might find this level of frank self-appraisal borderline un-Australian, (given our much vaunted penchant for talking ourselves down), Tim Podesta is unabashed. What’s more, it’s a confidence and clarity that he is very keen to share. “The fact that I’ve been able to come from Australia and create work at an international level should, I hope, inspire others to take that step.”

Thus, when Galeazzi and Chursin take to the London stage in his newest work, both Podesta and Australia will indeed be standing tall.