Towards the end of 2013 we published an article about an Australian dancer raising funds for her second cancer treatment. 18 months on, we caught up with the courageous young artist, and found she couldn’t be happier.

“Right now I’m in Bratislava, a beautiful city 45 minutes drive from Vienna,” says Lily Bones. “I met my partner here last September, after my second treatment at the Lentz clinic in Germany.”

An old friend from Australia had invited Lily to stay and take class with the Slovakian National Ballet. Despite having been flat on her back for six hours a day having immunepheresis – a treatment for cancer – she took the challenge, and was rewarded in more ways than one.

“I couldn’t help noticing the very tall and handsome man centre stage,” she says. “He noticed me too and it was love at first sight; the first time that I’ve every experienced that feeling.” 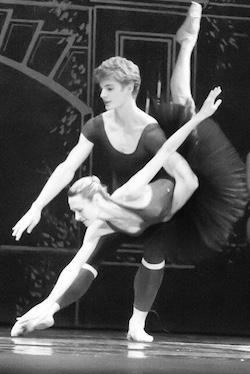 Since we chatted to Lily in 2013, she raised 30,000 Euro (AUD 45,000) over three months for her treatment at Lentz. The medical bills exceeded estimations by 14,000 Euro. Besides crucial contributions from friends and family, she used online crowd-funding and five major offline events, including gala performances, auctions and a Zumbathon. She says she is eternally grateful to everyone who had a hand in helping to organising the fundraisers, in particular noting Verve Studios, who organised the highly successful auction, and Yumiko leotards who made “a huge donation”.

Lily was first diagnosed with cancer in 2011, despite having been told by five different doctors that the breast lump she had discovered two years prior was benign. Following two masectomies, she was given the “all-clear”, but two years later the same cancer had spread to her lymphnodes.

Since her check-ups of February 2014, Lily has been confirmed NED; no evidence of disease, but she continues to have scans and blood tests. She is now dancing full days with no symptoms or decrease in energy – although she says this is not necessarily an indicator of wellness.

Having previously been misdiagnosed, Lily is “paranoid with good reason” and continues to stay on top of her health. However, she has been told there is only a very small chance the cancer will return. Her surgeon has been positive about her starting a family, which is now one of Lily’s goals, besides continuing dancing and developing dancers.

“I hope to use dance to spread the message that younger women diagnosed with breast cancer need better treatment options and means of detection,” she says. “I hope to keep exploring and learning, with lots of healthy living.”

And it was dance, she says, that played a huge part in getting her through the horrors of the last few years. “Dance is life affirming. I used dance for healing. I just enjoyed the pleasure of being able to do many things with my body. [It was the] familiarity that I could still do what I’ve always been able to do.”

Of course, there is also a long list of people who Lily credits, for their practical, financial and emotional support, calling them “angels with kind words in the right moment.” She is now working on an E-book called Dancing With Breast Cancer, which she plans to give to everyone who helped her.

Having gathered a wealth of information on her journey to health, Lily now advises dancers, especially young women, to take care of their bodies. “Women are not created to naturally push their bodies as hard as ballerinas do. We are made to have babies and to have curves. Just something to bear in mind. After dance you may want to have children. It’s a fine line between energy, weight and balancing your natural cycle with dance.” 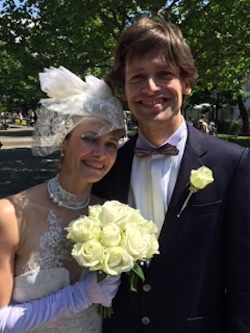 And for those faced with cancer, Lily stresses the importance of finding the right treatment plan, saying that it’s vital to explore all your options. “There is much debate about treatment choice in the media,” she says. “I think people try [alternative] treatments because the standard ones do not always function and have horrid side effects. I am all about quality of life. It’s not the number of breaths you take, but the moments that take your breath away.”

Lily continues her quest to help raise awareness and funds for breast cancer research, and has so far danced for two benefit galas for cancer resource centres. “I enjoy standing on my head in front of oncologists who would expect that I would not be able to do that – and then presenting them with the contradiction that I am a two-time breast cancer survivor.” She invites readers to message her via her Facebook page to request a performance for any future cancer fundraisers.

“The biggest thing I’ve learnt is that if you believe it, all things are possible. While it my not be the cure for cancer, it does make one feel more positive,” Lily says. “The mental battle with cancer is half the disease; living with dying. That’s something true for all of us, yet the word ‘cancer’ brings the dying closer. I want to focus on the living.”

By Rain Francis of Dance Informa