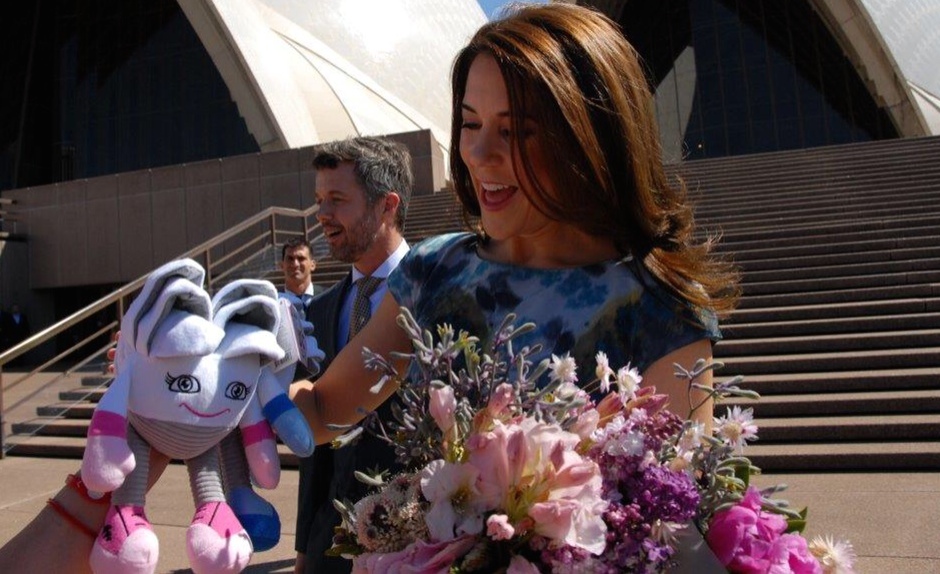 Introducing the Opera House kids Sid & Neey, who are not only two of my hardest working ballet students but also residents of Australia’s iconic Sydney Opera House!

Sid, when did you both move into your home at the Sydney Opera House?

“We were born eight years ago in the best house in the world. That’s why we look like our home.”

You are both very beautiful. Neey what is the most exciting thing about residing at the Opera House? 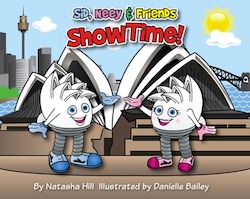 “The most exciting thing is watching you, Miss Teagan, perform! And meeting all the visitors everyday from all over the world.”

That is a of people to meet. Are there any amazing artists you have had the opportunity to meet at the Opera House Sid?

“Every artist we meet is amazing. Some of our favourites are Rove McManus, Tina Arena, Brian Brown and Santa Claus! When we met Her Royal  Highness Princess Mary of Denmark we appeared with her on the front page of The Sydney Morning Herald. Now that was way cool!”

Wow that’s exciting. Neey do you have a favourite performing art that you like watching or performing yourself?

“I love watching and performing ballet and Sid loves the big concerts on the forecourt. He loves to sing all day, everyday.”

Neey how many theatres are there inside the famous Opera House?

“There are lots of performance venues and spaces at home. There’s the Concert Hall, Joan Sutherland Theatre, Playhouse, Drama Theatre and Studio. Plus the forecourt, Utzon room and marquee.”

That’s a lot of venues! Sid what’s your most memorable moment of the Opera House so far?

“The best day ever was when our very own book and toy went on sale at the Opera House souvenir stores. Kids from all around the world have taken us home with them.” 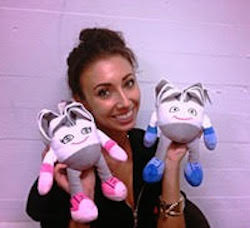 It’s a fantastic book that I read to all my students. Now Sid, which one would of you like to perform at the Opera House one day?

“Both of us would love to perform in front of an audience at the House. It would be a dream come true.”

Neey, do you have any fun facts about the Opera House you would like to share with us?

“Did you know that years ago a chicken escaped during an opera performance? It fell off the stage and landed on one of the musicians in the orchestra pit. Hehe. There’s now a net above the pit to make sure it doesn’t happen again.

Thanks Miss Teagan see you in class soon!”

By Teagan Lowe of Dance Informa.