On the Southside of Melbourne, a few blocks from the iconic boardwalks of St. Kilda Beach, stands a grand old building known as the National Theatre. Inside is one of Australia’s most prestigious ballet schools, opened in 1939 under the directorship of Jean Alexander and since presided over by such luminaries as Marilyn Jones and Gailene Stock. This year, the School celebrates 75 years of training some of Australia’s finest dancers.

Graduates of the NTBS are dancing all over the world, from Prague to Singapore, from the USA to Malaysia. One graduate has recently launched her own contemporary dance company in England. Another has had such a long career in Romania that she now speaks fluent Romanian, and is soon to become ballet mistress of the company.

“They keep me informed. I get emails from students nearly every week. They want to keep in touch with all the teachers; it’s really lovely for us,” says current director Beverly Fry, before adding, with her mischievous giggle: “They’re everywhere, which is so good because I’ve got all these free places to stay when I go on holiday!”

The success of its students is due in part to the remarkable environment the school offers. It is “unique worldwide”, in that it is housed inside its own theatre, with students taking part in over 20 performances a year. 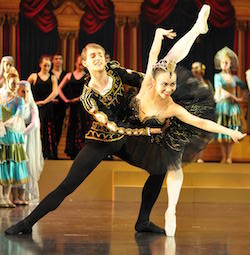 “Because we’re able to go on the stage often, we can teach them their profession in situ, right there,” says Ms. Fry. “After three years, they’ve already practically had one year in a ballet company because we perform all the time, we’re on stage all the time, we have production weeks where we live up there. They have their own dressing rooms, they actually really do find out what it’s like. It’s not someone telling them in a classroom with a theory book and a piece of paper and a pen.”

Because the dancers are so polished by the time they leave the school, Fry says that the promotion they receive once they get into companies is “just phenomenal. When I first got my job with English National Ballet, obviously I could dance but I didn’t know any of the rest. So I took a little pledge to myself – if ever I can do this for someone else, they’re going to know everything that I didn’t know, because it makes their life so much easier.”

It’s been 16 years since Ms. Fry began her directorship – and it’s been 16 years full of growth and achievements. She has choreographed and directed a long list of ballets for the School, including full-length versions of Cinderella and Giselle and an original Carmen. Another notable production is The Little Mermaid, for which she even designed the sets and musical arrangements.

But one of the things she’s the most proud of, she says, is not a certain production or the success of a particular graduate; it’s the atmosphere that has been cultivated within the School, the “family feeling”. Graduates of the full-time course, back for the holidays from contracts abroad, will visit the School and offer to teach, and to impart their wisdom and passion to others. Similarly, at rehearsal time, Ms. Fry observes older students helping the younger ones, leading by example, showing them the way. 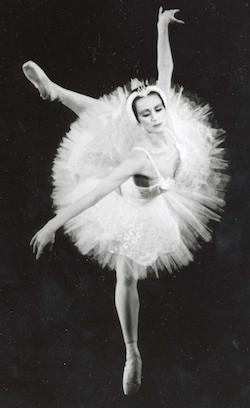 “We’re producing not just great professionals, but beautiful people as well. I suppose through the encouragement and the positive approach,” she says. “You don’t have to raise your voice or tell them what to do. I feel very privileged. ”

The NTBS is the only private provider in Melbourne to offer its students an Advanced Diploma in Dance (Elite Performance) – an achievement implemented by Ms. Fry. “As a dancer, the first thing we think of is to get a job, but when the career is over, these qualifications are essential. We’ve had many dancers that have been able to get into university degrees and courses because of the qualifications they’ve got with us,” she explains. “To become a professional dancer, it’s hard work. You’ve got to be dedicated every day, you can’t play at it. And that in my opinion deserves reward.”

As the National Theatre Ballet School celebrates 75 years, Fry reflects on her position in the world of dance, in such a historical building, and with such a rich legacy of wonderful directors. “I feel proud that I’m in the position I’m in and can give students my expertise and knowledge to help them have a career like I did,” she says. “It’s a very exciting time for the school; we’re generating lots of new stuff and some beautiful students, it’s a great place to work. So I feel proud that I’m the director in charge at such a milestone in the school’s history.”

At the time of our interview, Ms. Fry was in the process of organising a gala performance, amongst other events, to celebrate the 75th anniversary of the school. Stay tuned to the NTBS Facebook page for updates. Visit www.nationaltheatreballetschool.org.au for more information.