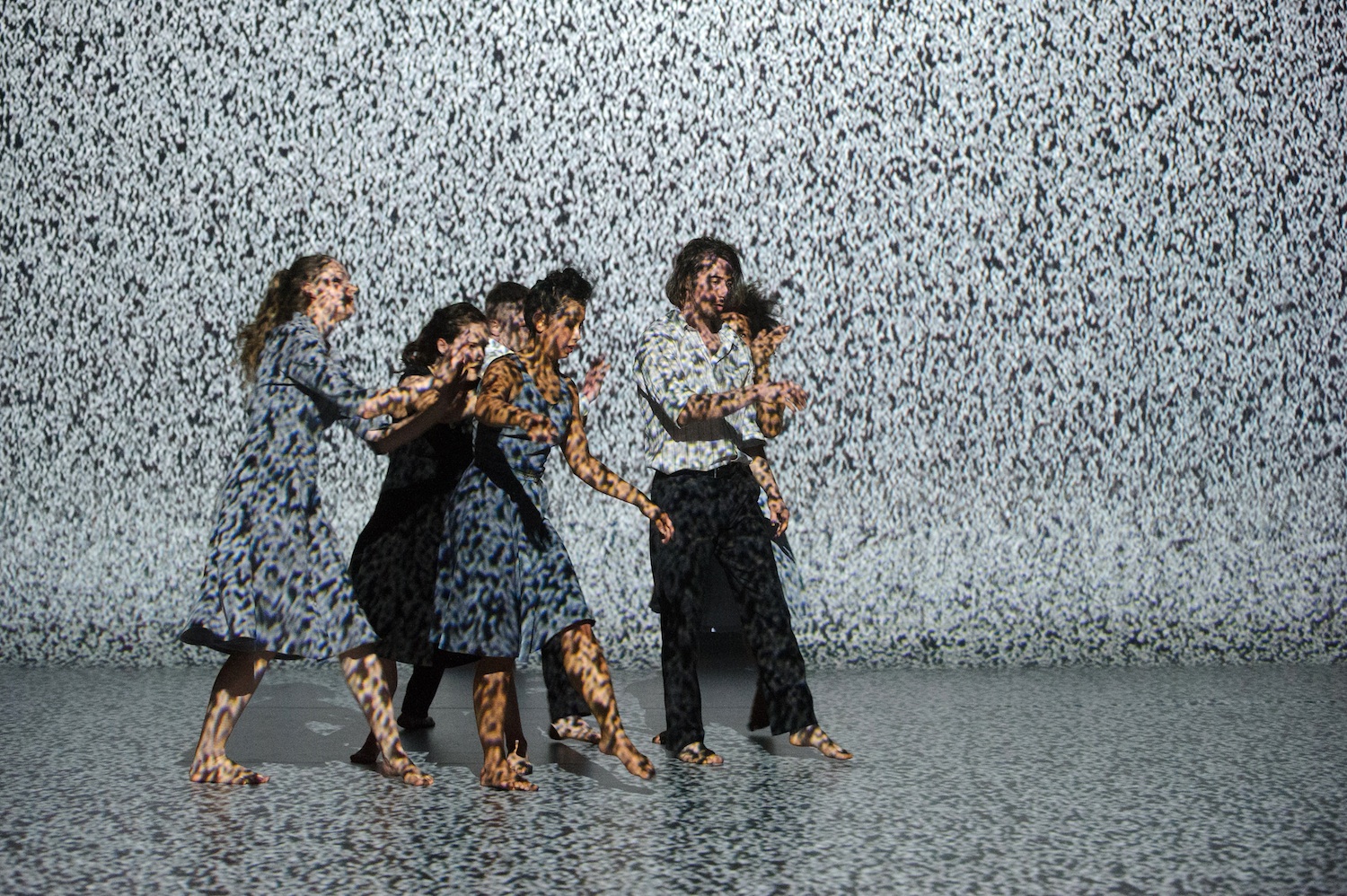 The source of this work, the fuse this contemporary dance piece burns along, is the audio track of Dead On Arrival, a noir suspense film released in 1950. An ensemble of six dancers use the conventions of contemporary dance to illustrate the languages and conceits of film. Text is lip-synched, the point-of-view of the camera is represented by the dancers jumping and shifting their orientation to the audience and each other as the camera angles and shots change (a jump-cut), actions are mimed, the mise-en-scene of the film is deftly rendered by bodies in space, and the blocking is translated by the dancers moving through this mise-en-scene. It is an impossible task to counterfeit the film, but the failure of this counterfeit is itself a beautiful fabrication and an impressive parody.

Behind the audience, the film itself is playing. We are denied the film except by turning around in our seat. In the moments we are irresistibly drawn to sneaking a peek at the film (which feels like cheating in an exam), the film is infinitely less interesting than the scenography and performance of Motion Picture itself. The film playing behind the audience serves to remind us of the source material, of the seduction of screens, and as a cueing device for the performers. In front of us, the film is mirrored using a hypnotic, black and white, abstracted videography projection by Bob Cousins and Nick Roux. 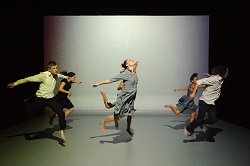 The counterfeit illustration of Dead On Arrival by the dancers cross-dissolves to become a more expressive representation and to play with the narrative of the film. Gestural languages that elaborate on characters, relationships and rhythms in Dead On Arrival are multiplied in space and time building visual rhymes. The performers make dances and signs both in response to and in answer to the film.

Gradually, the representation and play with the meaning of Dead On Arrival degrades further. The sound score, the anchor of work, is warped. The performers follow even fewer conventions of dance, fewer visual rhymes guide the audience, before the dancers reform into movement and representation with little, if any, contemporaneous links to Dead On Arrival. Motion Picture leaves the source material of the film and becomes its own engine before the film has ended.

Across the work, the full-bodied orchestration of the film score leads to dramatic and sensuous choreography and melodramatic fun. Staging a deconstruction of film through dance is intellectually adventurous. Motion Picture drives this idea as far as it can, supported by the work of an extraordinary design team and beautiful performers, and is, despite the deconstruction, finally a homage to film.