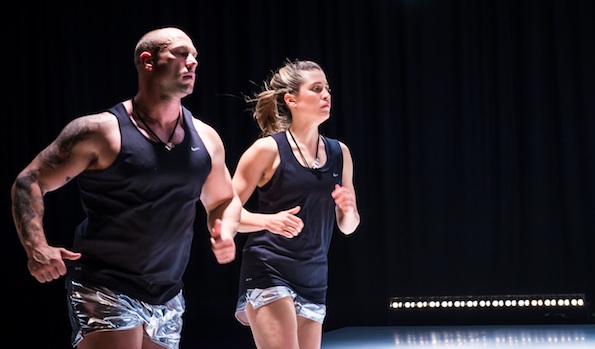 The 2015 Dance Massive program, which was announced on November 25, will feature 19 total productions – 14 of which are world premieres – from some of Australia’s finest contemporary dancers and choreographers. Chunky Move, Lucy Guerin Inc, Phillip Adams BalletLab, Shelley Lasica, Force Majeure and Antony Hamilton are just some of the artists presenting work in a program curated by the Dance Massive consortium: Arts House, Dancehouse and Malthouse Theatre in association with Ausdance Victoria.

Asking provocative questions about what constitutes dance and who and what is doing the dancing, Dance Massive 2015 includes: large-scale theatrical works along with performances on basketball courts and in playgrounds, ensembles and solo performances; Antony Hamilton with 64 robotic percussion instruments; a celebration of the sculptural splendour of the fat dancing body in collaboration with artist and fat activist Kelli Jean Drinkwater; a boot camp for adults run by 6-10 year olds, created by leader in youth arts, St Martins; and a duet between a female contemporary dancer and a male professional bodybuilder.

Other program highlights include: the award-winning RAWCUS, leading the way in mixed-ability performance; as well as indigenous stories with Vicki Van Hout; Atlanta Eke’s Keir Award-winning Body of Work; Sue Healey’s On View: Quintet, winner of outstanding achievement in dance on film/new media at the 2014 Australian Dance Awards; and Tim Darbyshire’s nolo (not a solo) piece, Stampede the Stampede.

Combining three different artistic visions, Dance Massive is the only contemporary dance festival in the country specifically dedicated to Australian makers and with a national and international reach. The consortium of partners with their different curatorial approaches brings a multi-layered and in-depth perspective of the dance landscape in Australia.

Arts House Creative Producer Angharad Wynne-Jones said, “Just when we thought the dance scene could not get more inventive and exciting, we are experiencing a burst of choreographic creativity stunningly represented by the stellar artists in the Arts House program, from Rawcus to Lucy Guerin, from Antony Hamilton to Rosalind Crisp.”

Wynne-Jones continued, “The contemporary arts world (including visual arts, theatre, music and film) is newly entranced by the physical and conceptual grammars of choreography, and collaborations proliferate between dancers, choreographers and artists working in other forms.”

Addressing why all the choreographers presented in the Dancehouse part of the program are women, Artistic Director Angela Conquet said “it is a pure coincidence.” She stated, “Exploring notions of impermanence, gender, identity and unity, as well as interrogations on what is choreographed and what persists of the choreographic, their pieces each generate an infinitely nuanced poetics of the moving and thinking body.” She explained that there are not meant to be any “overtly feminist or gender-oriented overtones” but rather, “simply distinctive flavours from genuine authors, both established and emergent.”

Malthouse Theatre Artistic Director Marion Potts said, “In our 2015 season, Malthouse Theatre has curated three thematic ‘chapters’ exploring a range of pressing issues in the zeitgeist that our artists have universally sought to investigate. Dance Massive features prominently in our aptly named BODY // LANGUAGE chapter, with artists examining the interplay between language and body, and its effect on assumed or constructed identity.

“Nothing to Lose” by Force Majeure. Photo by Andrew Gough.

“Chunky Move, Force Majeure, St Martins and Victoria Chiu, along with residencies for choreographers Nat Cursio and Jo Lloyd, will celebrate the body in all forms and all that our bodies may communicate: large, young, transient, diasporic, confused, obscured, studious and absent.”

Dance Massive, Australia’s premier boutique dance festival, is renowned internationally for its intimate and intriguing works, and friendly, informal atmosphere. Past festivals have resulted in many Australian dance artists gracing stages and galleries all over the world.

The 2015 program invites audiences to explore a galaxy of choreographic possibilities and be infinitely enriched.

For more information on Dance Massive 2015, which is set for March 10-22, visit www.dancemassive.com.au.