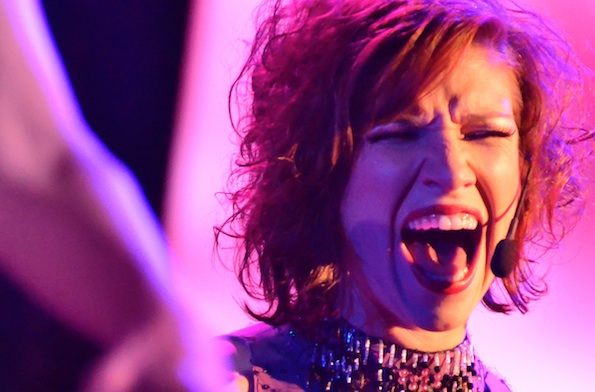 Norwegian Cruise Line, one of the cruise industry’s biggest names, is coming to Australia this month to hire dancers, singers, show hosts and costume characters to perform aboard one of the company’s many spectacular ships. The Norwegian fleet travels to destinations in Europe, South America, Alaska, Hawaii, the Bahamas, the Mexican Riviera, Canada, the Panama Canal and the Caribbean.

Starting on Wednesday, November 5, Robert Dean Hertenstein (Director, Entertainment Production) and his team, will travel for two weeks to the major Australian metropolises of Sydney, Melbourne and Brisbane to audition performers. In addition to casting performers for general singing and dancing roles, Norwegian Cruise Line will also be looking for triple-threat performers for lead roles in productions like Legally Blonde and Rock Of Ages.

To audition for these open positions, performers must be at least 18 years old. For more information on all Australian audition locations and dates, see Dance Informa’s article here.

Once hired, the lucky performers will be invited to train and prepare for their new roles at Norwegian’s premier state-of-the-art facility in Tampa, Florida, within driving distance of the cruise line’s corporate headquarters in Miami. The worldwide entertainment rehearsal studios opened last year and regularly rotates about 700 singers, dancers and production staff members in and out on four- to six-week-long training stints.

Located in an industrial park that hosts more manufacturing and storage units than arts facilities, the property is nevertheless the perfect location for Norwegian as it offers the right mix of necessary factors for production preparation, one being the high ceilings for the shows’ aerial elements.

Richard Ambrose, Norwegian’s Vice President of Entertainment, stated, “The Tampa facility is a 45,000-square-foot rehearsal facility. It has six large dance studios, four music studios, lots of storage, a over 5,000-square-foot wardrobe and costume facility, cast break rooms [and] two aerial studios where we can do our full operational training for our Cirque aerial performers. It’s great!  It allows us to rehearse new shows, work out creative ideas, and train and rehearse all our shows so they are 100 percent ready to go out onto the ships.”

Before the new centralized studios opened last November, Norwegian was sometimes running show rehearsals in up to four cities around the U.S. at one time. The cast wasn’t typically able to run full dress and tech rehearsals until boarding the ship, Ambrose noted. However, now that all has changed!

“Now that we have the facility, it’s fantastic because we can do all the costume fittings there, do a full dress rehearsal beforehand, and pack it all up before heading to the ship so that when they arrive they are ready to go,” he said.

Kai Carrier, Casting Specialist, chimed in, “This new facility is outstanding! Back when we used to rehearse in smaller venues, we’d have to spread the cast out, sending them all over the place. We’d send them to a circus school to learn the aerial work and then we’d have to travel them to a rehearsal facility where they’d learn the choreography. Now that we have this facility, it’s all here!”

“This is especially easier for our Australian performers,” Carrier noted, “because now they don’t have to travel all the way to the U.S. only to have to fly to other locations… Now they arrive in Tampa and stay and rehearse here the entire time.”

According to Carrier, the performers are put up in fully furnished apartments only 10 minutes from the studios, complete with a pool and a barbeque area. Aussie dancer Elise Kiely said that the apartments are great – equipped with a full kitchen and individual rooms – and allow performers to leave rehearsals each day and truly rest before entering ship life.

On the new rehearsal facility, Kiely shared that it is “absolutely amazing.” Dancer Maggie Mial agreed and noted that it’s particularly helpful that the studios are the actual sizes of the ships’ stages and can hold the massive sets that are part of many productions.

Ambrose concluded, “The facility was really the last piece of the puzzle here at Norwegian Cruise Line. Norwegian has always been know for its entertainment but since the facility opened, it has really become a cornerstone of the new Norwegian brand.”

Now in addition to dancers, singers and performers being able to work with A-List talent like star choreographers, directors and costume designers, they will be able to do so in idyllic facilities that provide the best accommodations for rehearsals and training. Tampa has also been dubbed the “5th best outdoor city” (Forbes) and a “top city for twenty-somethings” (Washington Square News), making it a wonderful location to live, even if just for a month!