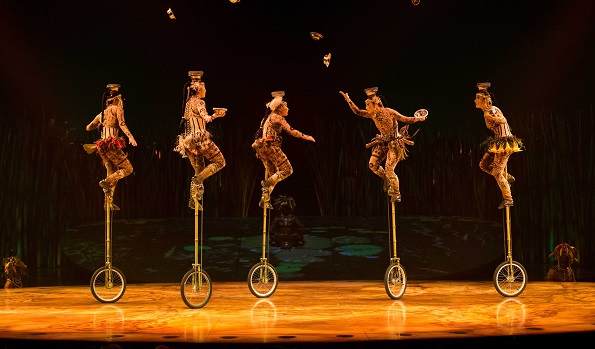 The Entertainment Quarter at Moore Park was transformed into an arena that showcased all the sparkle and showbiz traits you would expect from a Cirque show, whilst also displaying a sense of earthiness and human drama. 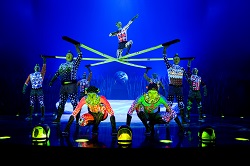 Belarus twins and crystal-covered foot jugglers Marina and Svetlana Tsodikova spun eight bejewelled squares of fabric on their arms and legs whilst lying upside down on blue velvet chairs. This was a captivating performance, but the standout of the night would have to be the five unicyclists.

Bai Xiangjie, Hao Yuting, He Xuedi, Wu Yurong and Yang Jie, dressed in a feathered and flowered number, pedalled around the stage in perfect synchronicity as they caught metal bowls on their heads that were flung from their feet.

The costumes, set design and mesmerising live music set the scene for an intriguing production that had everyone wanting more. Cirque du Soleil definitely has another hit on their hands.