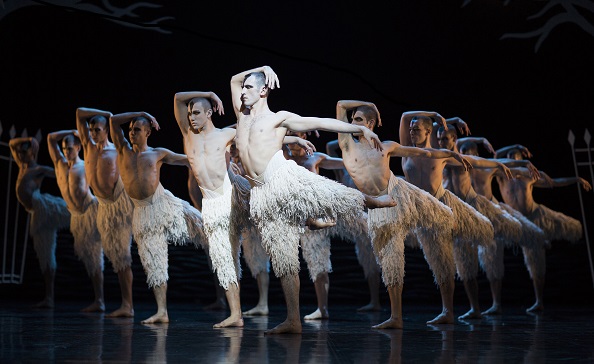 Matthew Bourne’s Swan Lake is an iconic and undefinable production from one of the worlds’ forefront visionaries in modern dance. Bourne’s interpretation of the classic story plays with everything you think you know and expect about Swan Lake. Bourne twists, adds, takes away and changes the perspective of the audience, the characters and the score to give a freshness and relatability to a story of another era that has been told in the traditional manner time and time again.

With 19 years under its belt, this version of Swan Lake still rivals other theatrical takes on the classic story. It has gained a cult-like status and following, and audiences continue to fill theatres to view this marvellous creation. Turning graceful female swans into powerful and animal-like male swans, Bourne’s version brings freshness to a story that has been re-told countless times.

The beauty of Bourne’s productions is that he gives a non-dance audience an easy ‘in’ to the world of dance, and the experienced dance audience some thinking to do. What we know of a story, we are now forced to view in a new way, which is very exciting, and brings a depth to the work previously unknown.

Casting for this particular tour was a bit of a mixed bag. The variety of shapes and sizes amongst Bourne’s company is always refreshing. This particularly gave the Swans power in their individuality amongst the group, and an almost human, but still animal-like quality about them. Anjali Mehra as The Girlfriend was the standout performance of the night. Every nuance, every moment was a show stealer; she really sung her way through all her movement and it was a joy to watch her character develop throughout the story.

The Prince (Chris Marney) chose an interesting path for his character. He was exceptionally childish and needy (as this interpretation of the role demands) but at times this felt contrived and lacking substance. This role could have so much power, especially with such a strong Queen (Stephanie Billers), and the twisted mother-son dynamics Bourne has developed for this relationship, but it became pantomime-ish. 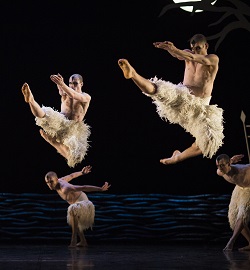 Generally, the dancers lacked great technique, with the exception of a few of the more minor characters, but with these roles and the intention of the show, this did not take away very much from the performances given and the overall story. The scenes that involved the group/s of Swans was stunning, beautifully choreographed and very moving. The score was used extremely well, and movement/score seemed an extension of each other, as if this was the original work the score had been composed for. Regardless of the sometimes sloppy group work (which surprisingly seemed to serve the characters), the performance as a whole stayed with the audience long after we left the theatre, and the final scenes were very touching.

Choreographically, this show is brilliant.  The movement ‘speaks’ the story, using humour, being very theatrical, character and score driven. It has the feel of watching a musical, minus the vocals. Arresting and hauntingly beautiful images shape Bourne’s choreography. There are so many moments when the energy and shape of the work says so much. Regardless of the score being from one genre, the movement crosses so many boundaries and we see classical, contemporary, theatrical, go-go and cabaret, just to name a few. The brilliant thing about this choreography is that alongside the score being mostly true to the revised version from 1895, although the arrangement differs (the original score was commissioned in 1875 and debuted in 1877), the movement has been created in such a way as to perfectly tell a modernised story, with contemporary psychology and plot line.

Costumes were a little gaudy at times, but the lighting was brilliant, and at times seemed to play an extension of a character, or drive the story to new dimensions. Details in all aspects of design have been a huge part of the preparation of this show. The Swan costume and makeup was brilliant, reflecting the character wonderfully. However, the 1960’s bar scene got a little tacky. Even with the humour and intention for the place to be tacky, it could have been portrayed slightly better.

It is very exciting to see more of Bourne’s work being brought to Australia, which we haven’t seen since his Edwards Scissorhands graced our shores in 2008. Don’t miss the next opportunity to see his work.