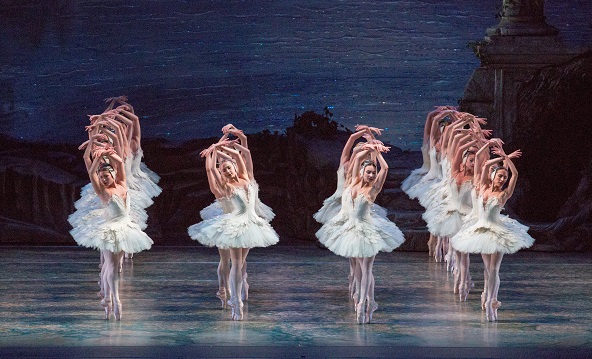 Since 2010, the Brisbane Festival under Artistic Director Noel Staunton has had the privilege of exclusively presenting a number of exciting international dance companies to Australian audiences. These have included, amongst others, Ballet Naçional de Cuba, Danza Contemporánea de Cuba as well as The Hamburg Ballet.

This year’s Festival accent is slightly American, with the dance arena ably represented by the 75-year-old American Ballet Theatre. Founded in 1939, this company is firmly steeped in the Russian classical ballet tradition whilst proudly demonstrating the diversity of its dancers and maintaining an eye on the future. It supports and incorporates innovative works within its repertoire, such as Three Masterpieces, which also forms part of this year’s Festival lineup.

Great expectations are at stake, particularly when a quintessential world classic such as Swan Lake is premiered by a relatively “young” new world company. These expectations inevitably come with such an iconic work – the audience anticipating perhaps a balance of tradition and innovation.

The danger for an artistic director when presenting a great classic is to rest on the tradition and simply go through the motions, or move towards an alternative vision and be tempted to make a distinct mark. Artistic Director Kevin McKenzie did not focus on completely re-interpreting Swan Lake, but rather on re-invigorating and breathing new life into the work.

In two parts, as contrasting as night and day, Swan Lake is a demanding ballet. It demands impeccable precision from its dancers, as well as a high degree of theatricality and emotional range. American Ballet Theatre takes the challenge head on to enrapture this Australian audience and reawaken our childlike love of fairytales and true love.

No expense has been spared on sumptuous court-scene sets and costumes; touches of technology that entice us into a magical land of lakes, princes and lurking danger in dark forests. We are given the classical architecture of choreography and music with the exhilaration of modern technical prowess and almost overwrought melodrama. The world dance sequences in Act III, which verge on the camp and showcase the multicultural nature of the company, are a delight.

Underpinning our delight lay the impeccable performances of both Hee Seo and Corey Stearns as Odette-Odile and Prince Seigfried. The fragility and ethereal vision embodied in Seo’s movements ensure our belief in this enchanted swan who must manifest her humanity through emotional anguish. The stark contrast between the vulnerability of the white swan and the steely ‘cool’ black swan is abrupt and leaves the audience with a sense of foreboding. Seo’s smile verges on the grotesque as she directs her black gaze menacingly at the audience. Stearns ably matches her prowess with dynamic grace whilst portraying the burden of noble responsibility.

Due to the sheer size of the corps de ballet, it could easily have overplayed its role. However, the dancers balance their technical brilliance with restraint, thus ensuring that the ‘corps’ is the ‘body’ of the company, strongly supporting the whole. This technical and disciplined performance by such a large corps provides depth and dynamism on stage without sacrificing focus or intimacy.

Poignancy and drama culminate with McKenzie’s perfectly orchestrated finale in Act IV. Almost without warning, Odette disappears through the rocks, reappearing to throw herself into the lake, closely followed by Siegfried’s own spectacular leap to join her in death – there is an audible gasp from the audience.

The emotional depth and complexity contained within this ballet rest first and foremost on the magnificence of Tchaikovsky’s score that was ably directed and played by Ormsby Williams and the Queensland Symphony Orchestra. The perfect harmony of music and dance means it is almost unimaginable that either could exist without the other. This harmony allows the performance to seem both incredibly disciplined yet light and effortless.

McKenzie’s remastery of the classic Swan Lake captures both the original romanticism of pure love overcoming evil, as well as an almost overabundance of drama; engagement with the audience and spectacular technique from its dancers.

This classic continues to entrance audiences, as it did this evening at Brisbane’s QPAC theatre, culminating in a rapturous standing ovation, a fitting overture for American Ballet Theatre’s exclusive Australian debut.