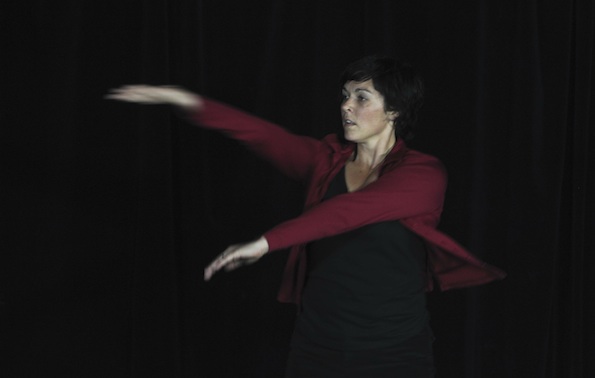 “I wanted to begin from or return to an almost empty idea for creating a work. I wanted to not impose ‘one idea’ but to open possibility and follow instinct.”

As she describes the process of creating her new work, it is clear that Paea Leach is as articulate with words as she is with movement. Indeed, she has spent several years – with collaborator Jo Pollitt – developing a body of work that harnesses writing and dancing as “equally physical practices.”

It is not surprising then that prior to working in the studio on the new creation – the lines of birds – much of Paea’s time was spent in the State Library, following her instincts and “falling upon unexpected links, books, and articles. One thing leads to another,” she explains. “I know where my interest lies and also am not sure what I am looking for.”

This following of instincts is, in fact, what the lines of birds is about, at least in part. Paea describes what are known as “desire lines” – those down-trodden paths through the grass that have been created by people not wanting to follow the designated route: “This is the path we want to travel – that instinctively, collectively we diverge toward. This is a desire line. They can be mapped, actually, and this is interesting and poetic; where we head and where we desire to go without thought.”

During her investigations in the library, Paea became fascinated with a book on the history of line. She read about liminal lines, which she imagines as slender, almost imperceptible. “We, and the world, are composed essentially of lines,” she says. “We do not notice, we do not pay attention – so they become liminal, or ghostly.” She went on to collect notes from the Kabala, and from studies of “affect and response” and, along with her research on lines, presented these to the musicians she would collaborate with, Madeleine Flynn and Tim Humphrey. 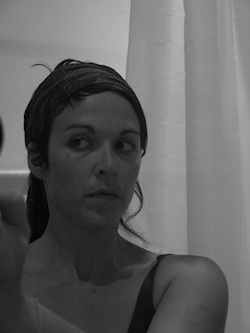 the lines of birds forms part of a triple bill of new works by emerging choreographers – presented by Chunky Move – called It Cannot Be Stopped. The other two works on the programme are solos, from Atlanta Eke and Benjamin Hancock. It is an exciting return to Chunky for Paea, for whom it was her first professional engagement on graduating from WAAPA. After travelling and dancing abroad for many years, she returned to Chunky Move, but was devastated when she ruptured her Achilles tendon, rendering her unable to work for several months.

“Being invited to create the lines of birds is a new way for me then to be involved with the company,” says Paea. “I am honored to be commissioned, as it feels a timely shift toward a new direction.”

The work will be performed in the undercroft, an outside space or “a ‘non-space’ in a sense; a pathway to somewhere else, a thoroughfare.” The soundscape will be scored live by Madeleine and Tim, with whom Paea has been closely working.

The collaboration between movement and music began with a lot of experimentation. “We improvised together – timing scores and naming parameters and interest before beginning – and talked about what emerged. We improvised some more and looked at music scores, graphic music notation and old forms of dance notation. We read poetry.

“Working with Maddy and Tim has been a joyous and enriching process,” Paea continues. “Through them I’m learning about sound and very technical aspects of music and composition. This is very rich learning territory that then feeds into the dancing, improvising and making. It is a rare and tremendous opportunity.”

Learning to “understand each other’s worlds” and create a sort of common language, is a process that Paea has found challenging, exciting and intriguing. The next step for the choreographer is to make decisions about the structure of the work, a distinctly different, but just as rewarding, challenge.

And the endgame? Paea hopes that we, the audience, will enjoy “an experience of sound and movement that is intriguing and in moments slightly off-kilter or unexpected.” The completed the lines of birds will be “highly structured but malleable”; maybe on the beaten track at times, maybe meandering into new territory, but always following its instincts.