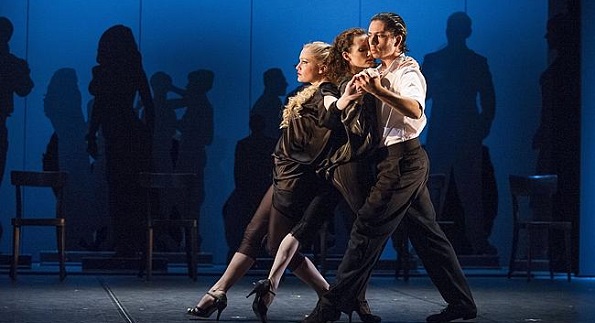 Sidi Larbi Cherkaoui, choreographer of Dunas and Babel, along with the Sadler’s Wells London, brought the heart of Argentina to the stage with a fresh new approach to Tango, with the Australian premiere of Milonga.

Belgian-Moroccan choreographer Cherkaoui, is internationally recognised for his collaborative works which combine culturally diverse elements of theatre and dance.

Traditionally, Milonga is defined as a place where people join together socially on a regular basis to dance tango, found in bars throughout the beautiful city of Buenos Aires. Dancers learn different sequences in group lessons followed by the rotation of partners as song sets change over. However, Milonga is also a form of dance that is underpinned by similar elements of tango, allowing a more casual flow using movements that are swift and less dramatically elongated.

Cherkaoui uses these traditional influences in collaboration with renowned Tango performer Nelida Rodriquez de Aure and Argentinean music composer Fernando Marzan and long-term musical partner Szyman Eugenio to bring the authenticity that the style deserves, whilst embracing the contemporaries of the art form.

Intriguing video components, aptly created by video and set designer Eugenio Szwarcer, included shots from the famous streets of Buenos Aires and La Boca which were projected onto the backdrop, wherein created a sense of invitation into the passionate world of Argentine culture. 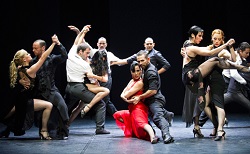 Each choreographic section displayed the tension, passion, longing, elegance and mechanics required between two dancers, to express what couldn’t be expressed through words. This was particularly evident between two incredibly talented contemporary dancers who melded seamlessly from one side of the stage to another and expressed their connection through acrobatic forms.

The evening ended with a breathtakingly beautifully dynamic and sensual duo, which executed every movement with power, technical fluidity, chemistry and a stage presence so strong that one could easily forget that they are in Sydney. Each step gradually built to such a speed, at which point, intertwined movements were so fast, that if one was to blink they would miss it.

The evening drew to a close with the full cast on stage along with the talented group of live musicians and a dreamy visually pleasing choreographic sequence.

Milonga is a fantastic show for those who love the fusion of culture, dance and theatre.