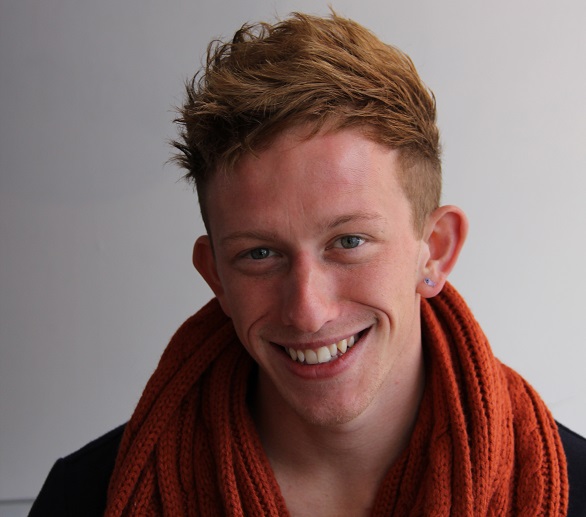 Tasmania might not be the epicentre of Australian dance, but for award-winning choreographers like Joshua Lowe, isolation definitely has its rewards.

According to the map there is a small island just to the south of Australia. In fact, sometimes it even gets left off the map; but for 27-year-old choreographer Joshua Lowe working and creating in Tasmania is no less rewarding. Indeed, the recently crowned 2014 Premier’s Young Achiever of the Year is downright pleased about the fact.

For the young Tasmanian native (but Melbourne-trained) dancer and choreographer, working in his home state is clearly an article of both passion and pride. He is also quick to acknowledge the pivotal role that Tasdance continues to play in keeping him and the broader dance community viable in a small and isolated marketplace.

“They have a real focus on preventing the continual knowledge drain to the mainland and so them being able to employ artists working locally is one of their top priorities,” Lowe says.

One of Lowe and Kell’s biggest obstacles in creating Alter was that their young charges were geographically separated, with the full cast only able to come together a mere four days out from the first performance.

“It was very challenging but, y’know, we had to work within our budget and also logistics,” Lowe admits. “It’s really hard to have 15 young people, many of whom have never been away from home before, to come and stay in Launceston for too long. So we did two day’s work in each region with the local dancers and then brought them together for four days to kind of put everything together and then go on tour.”

In addition, there was the obvious creative challenge; not simply the modular nature of the work’s development or the short rehearsal period, but the varying abilities of the 15 dancers selected for the programme.

“We took some people who weren’t that skilled but who we knew would really grow and benefit from the project,” Lowe explains. “Because there was quite a range, part of the challenge was making it do-able and accessible for all the dancers. But sometimes that was also the strength of the project because we could rely on certain dancers to assist the other ones.”

Lowe’s big advantage in all this (aside from being a local) is his experience in youth dance. In 2007, before he went across the Bass Strait to study at VCA in Melbourne, he started his own company, Drill. Since then, he and the company have mounted five full, original productions.

As he says it, “My mentality for working with youth dancers is never to simplify it just because they’re young people. Tell them what you want and they will always rise to the challenge. Sometimes they might not always get exactly what you’d envisaged but they will definitely get a lot further than if you think ‘Oh, they’re just young people and this is too hard for them.’”

Lowe’s commitment to his state and youth dance is notable. “Of course it satisfies me creatively because I get to make work and have it seen,” he elaborates, “but if it was just about that I’d be in Melbourne working with professionals the whole year round. I mean, you can ask any teacher in a high school or college about why they teach and they’ll talk about the rewards of watching young people grow and change.”

At just 27, Joshua Lowe is both young and talented enough (as his slew of awards attest) to take his skill and passion almost anywhere. Indeed, later this year, Tasdance will be supporting him to go to Sumatra as part of an AsiaLink residency to work with young Indonesian dancers. However, his commitment to the dance community in Tasmania remains undiluted, despite the obvious hurdles.

“In Tasmania there are very small audiences for dance,” he says frankly. “I mean, you can do Phantom Of The Opera down here and it will literally sell 12,000 tickets in no time. But if you put on a dance production, you’ll be lucky to get 500. But that’s part of the challenge of working here. It’s all part of what you accept and try to build; using your work to expand people’s minds and get more people to come and see more theatre.”

Perhaps the mainland is indeed guilty of overlooking it’s island cousin. But for artists like Joshua Lowe, the bigger reward is keeping Tasmanian creativity well and truly on the map.