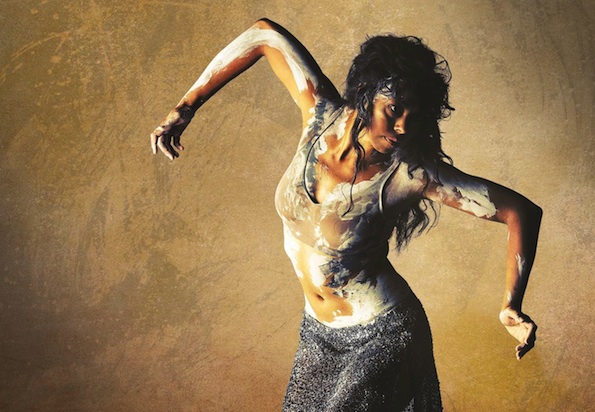 Bangarra’s mission to unearth the secret history of black Sydney will culminate this June with the world premiere of Patyegarang.

Like every other country where first nation people came into contact with colonists and invaders, Australia has a hidden history of both atrocity and inspiration. For a dance company like Sydney-based Bangarra Dance Theatre, the unearthing and exploration of these often obscured stories is now part of their mission.

In this, their 25th year, the nation’s peak indigenous arts outfit has dug deep into the fertile first decades of white settlement. The result is the remarkable tale of two extraordinary souls and one groundbreaking relationship: Patyegarang.

The historicity of the work revolves around the diaries of a European man, one Lieutenant William Dawes, an astronomer and gifted linguist who lived separate from the main Sydney settlement and who befriended a young Eora woman named Patyegarang. His detailed transcriptions of his interactions with her were only recovered from a London library in 1972 and are now regarded as a priceless window on the very earliest black/white interactions of the colonial era.

For Bangarra dancer Jasmin Sheppard, who was chosen by Artistic Director Stephen Page to play the title role, Patyegarang is a rare opportunity. “To be able to play her is such an honour. She was an incredible human being and not only influenced how things went in early Sydney, but is also really important in helping modern Sydney’s indigenous people re-connect back to their culture, which had been lost.”

However, it is clear to see what an exceptional meeting of people from different universes Patyegarang and Dawes’ friendship must have been, especially in the culturally isolated context of the late 18th century. “I think the same applies to Dawes as well,” Sheppard notes. “He definitely seems like a bit of a diamond in the rough when it comes to the colony. He definitely had an interest and a desire to get to know the local people and that obviously extended through to the wonderful little connection he had with Patyegarang.”

For Bangarra’s longtime Director Stephen Page, 2014 was always going to be about two big celebrations: the company’s quarter century and the history of Sydney’s indigenous community and their initial encounters with Europeans. Cue Jasmin Sheppard, whose own short work Macq, which delved into the bloody beginnings of black resistance to white invasion, was featured in last November’s Dance Clan 3 showcase.

“I guess it was almost like providence in a way because I had no idea that Stephen wanted to do Patyegarang and that he was considering me to play her,” Sheppard explains. “So when I went to him last year and I said that I had this story that I really wanted to explore about Sydney’s indigenous history I guess the dots must have connected in some way.”

Even though Sheppard’s own clan do not come from Sydney, she nonetheless shares the local people’s interest in the history of their country and ancestors. “I’ve always wanted to have a solid connection with the indigenous people of wherever I’m living, so that’s kind of what led me to the Macq story. And Patyegarang is no different; it’s a really important story to share with Sydneysiders. “

For both Sheppard and fellow performer Thomas Greenfield (playing Dawes), the immediate artistic challenge is to give their audience much more than mere didacticism. “With dance there’s a way that you can convey an emotion and move an audience in a way that is more personal,” Sheppard argues. “Whereas with acting, television or music it’s almost like you’re being told every part of the story, dance is much more about leaving people with a feeling.”

Of course, when dealing with historical characters, with ancestors, there can be even deeper connections for the performer. “Actually I feel that with all the works here at Bangarra; especially working with Stephen, with the way he works and where he wants you to go within yourself,” Sheppard says. “But I’m really looking to connect with the spirit of Patyegarang, to elements within that girl that I might have in myself. I think that being able to add form to this adolescent who had this amazing experience will really shed some fresh light on me.”

Indeed, this may already be happening. “Actually talking about her, I keep getting shivers down my spine.”