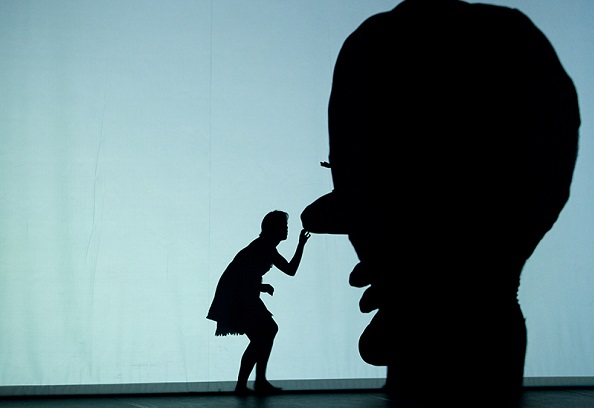 For the first time in Australia, with more than 100 choreographic works performed in over 64 countries, comes Shadowland –  a fusion of shadow theatre, illusions and dance using dynamic screens where exotic creatures appear and beautiful images are magically conjured out of thin air by acclaimed dance troupe Pilobolus.  Performances start May 28 in Melbourne, before the cast head to Auckland, Brisbane, Sydney, Canberra, Perth and Adelaide.

Blending projected images and front-of screen choreography, Shadowland, which has been seen by more than half a million people worldwide, will leave audiences totally entranced with its stunning choreography and pulsating music.

The first show of its kind to combine shadow theatre with dance, Shadowland is an enchanting tale of a teenage girl who yearns for independence. From her dreams she wakes to something behind her bedroom wall – her shadow. The wall of her room begins to move, trapping her on the other side. Unable to escape, the girl goes deeper and deeper into Shadowland where strange creatures, both threatening and seductive, playfully appear.

Set to an original score ranging from ballads to pulsating rock by American composer David Poe, Shadowland celebrates the unusual transformative power of the dark to show us who and what we are in unexpected and thrilling ways. As a performer, Poe has toured the world with the likes of Bob Dylan, Joan Baez, Chris Whitley and Tori Amos and his work has appeared in a variety of film, TV, dance and theatre projects.

Pilobolus is a modern performance company, founded in 1971, which is based in Washington Depot, Connecticut, USA. They perform for stage, television, and online audiences all over the world and have appeared late at night on Late Night with Conan O’Brien, early in the morning on Sesame Street, and in primetime as a feature on CBS’s 60 Minutes.

As a company, Pilobolus has received a number of prestigious honours, including the Berlin Critic’s Prize, the Scotsman Award, the Brandeis Award, a Primetime Emmy Award for outstanding achievement in cultural programming, the Samuel H. Scripps American Dance Festival Award for lifetime achievement in choreography, and a TED Fellowship for performing a TED Talk in 2005.

In 2007, the creative services team at Pilobolus created and presented six acclaimed performances during the 79th Annual Academy Awards, as well as producing a series of original segments for The Oprah Winfrey Show and Late Night with Conan O’Brien.

Pilobolus’ works also appear in the repertories of major American and European dance companies. In 2005, Pilobolus transferred its archive to Dartmouth College, where the company originated. Since then the College has been growing the “living archive” with a series of new work commissions.

“At various points in a performance of Pilobolus Dance Theatre, you forget what you’re looking at; the dancers move so skilfully, so symbiotically, that they cease to resemble people at all.” – The New Yorker

“This is an amazing spectacle of inventiveness.” – Le Parisien