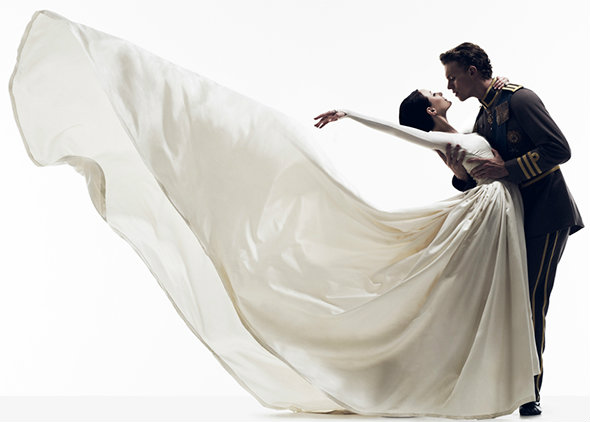 “Piotr Ilyich Tchaikovsky’s Swan Lake marks a turning point not just in his own creative development, but in the evolution of ballet music as a musical genre,” writes Nicolette Fraillon, Music Director and Chief Conductor with Orchestra Victoria. “Without Swan Lake there would be no Rite of Spring, or no Romeo and Juliet, to name just two of the masterpieces that basked in its legacy.”1

The 1876 score has indeed inspired countless other works of art across every imaginable genre, from music and dance, to literature, musical theatre, anime and even gaming. A whole thesis could be written on the impact of this masterpiece, and still we would be barely touching on the true reach of its influence.

For now, then, let’s just look at a small selection of notable adaptations of the quintessential ballet.

The year following Tchaikovsky’s completion of the now legendary score, The Lake of the Swans, choreographed by Julius Reisinger, premiered by the Ballet of the Moscow Imperial Bolshoi Theatre.

In 1895, Marius Petipa and Lev Ivanov restaged Swan Lake for the Imperial Ballet, at the Imperial Mariinksy Theatre in St. Petersburg. It is this version – with score revisions by Riccardo Drigo – that is most commonly used by ballet companies today.

Varying versions of the Petipa/Ivanov rendering are performed in different parts of the world, but outside of Russia and Eastern Europe, we normally see it take the form of a four-act ballet. Acts 1 and 3 are set in the royal courts, contrasting Acts 2 and 4 which take place in the woods, by the lake itself. Although there are now many versions of the classic ballet performed all over the world, it is this structure that most of the more traditional Swan Lakes are based on.

In the Petipa/Ivanov version, the ballerina who plays the dual role of the white swan Odette and the black swan Odile was always the focus, choreographically and dramatically. Enter the game-changer, Rudolf Nureyev, who in the early 1960s began to turn this framework on its head.

“For me, Swan Lake is one long daydream on the part of prince Siegfried,” says Nureyev. “Reared on romantic reading, his desire for infinity has been fired and he refuses the reality of the power and the marriage forced on him by his tutor and his mother.

“To escape from the dreary destiny that is being prepared for him, he brings the vision of the lake, this ‘elsewhere’ for which he yearns, into his life. An idealized love is born in his mind, along with the prohibition that it represents. (The white swan is the untouchable woman, the black swan the reverse mirror image, just as the evil Rothbart is a corrupt substitute for Wolfgang, the tutor). And so when the dream fades away, the sanity of the prince does not know how to survive.”2

Both through his performances and later his own versions of the ballet, Nureyev redesigned Swan Lake by adding significant dimension to the role of Siegfried, developing “his psychology, using fantasies which lead him to ruin as he runs frantically after the illusion of a woman/swan.”2

Several decades later, Graeme Murphy re-imagined Swan Lake completely for The Australian Ballet. Premiering in 2002, this decadent version of the classic re-orders the score, modernises the plot and juggles the cast of characters to create a whole new ballet. Significantly, the traditional Odette/Odile double role is split, creating a meatier role for the Odile as the calculating ‘other woman’, the Baroness von Rothbart, in turn giving greater depth to the jilted Odette. In partnership with the master designer Kristian Fredrikson, the entire production is overhauled but – in my opinion, at least – retains the traditional, spell-binding essence.

A creator who took the renovation of Swan Lake to a whole other level is the British choreographer/director Matthew Bourne. First staged in 1995 at London’s Sadlers Wells Theatre, Bourne’s Swan Lake is most notable for featuring men rather than women dancing the parts of the swans.

“The idea of a male swan makes complete sense to me,” says Bourne. “The strength, the beauty, the enormous wingspan of these creatures suggests to the musculature of a male dancer more readily than a ballerina in her white tutu.”3

Like Murphy, Bourne created a revised scenario based on the original, though his style includes more contemporary dance elements as well as straight theatrics. To accommodate the new storyline, he too uses a significantly altered score.

Similarly to (perhaps influenced by) Nureyev, Bourne places the focus of the ballet on the character of the Prince.

Abstracting the classic yet further, Garry Stewart of Australian Dance Theatre created Bird Brain for his company in 2000.

“Everyone has at least some image of Swan Lake. It’s an icon that pervades our culture from the Opera House to the football club,” Stewart says. “In Birdbrain I’ve drawn forward the interstices of the narrative: the action of the lovers throwing themselves across the space into the lake, and the moment of metamorphosis when the swans’ bodies buckle and contort back into being women again.”4

In what has become a signature method of exploration, Stewart used various forms of movement and art to create Birdbrain. He included elements of ballet, contemporary, breakdance, yoga and gymnastics, as well as video art and electronic music to “cross examine the grande dame of classical ballet.”4

In 2012, former Chunky Move director Gideon Obarzanek created There’s Definitely a Prince Involved for The Australian Ballet. The contemporary work is a total deconstruction of Swan Lake, with a drastically manipulated score and candid narration. In creating this work, the choreographer conducted several interviews, asking subjects questions such as ‘what is ballet?’ and ‘what is love?’, then weaving their answers into the text and movement.

Besides these – and myriad other – more contemporary interpretations of the world’s most well-known ballet, there are of course innumerable classical retellings the world over. George Balanchine, for example, created a one-act version for his New York City Ballet in 1951, and four decades later the company’s balletmaster in chief Peter Martins created a two-act version. Then there are the depictions of Swan Lake in film and television, from Nurevey’s Swine Lake duet with a ballerina pig on The Muppet Show, to Darren Aronofsky’s 2010 psychological thriller Black Swan.

Nearly 140 years after its creation, Swan Lake continues to enchant and inspire audiences and artists the world over. Like Wagner’s Ring Cycle, Shakespeare’s MacBeth and Boticelli’s Birth of Venus, Tchaikovsky’s masterpiece is one of humankind’s truly influential and enduring legacies.