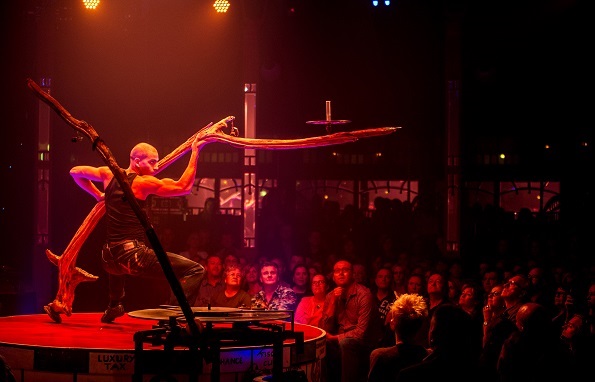 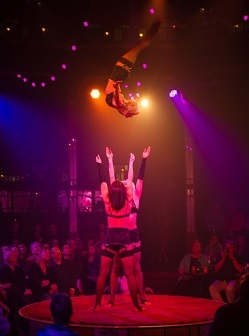 It’s not often that you come away from a show speechless, and that’s exactly how I felt after this particular performance. Spiegelworld goes above and beyond what you would expect and leaves you wanting to come back for a repeat viewing. I was unable to pinpoint a standout performance of the night, as everyone was up to par and on his or her game.

Hosts Oscar and Fanny, played by Jonathan Taylor and Anne Goldmann are absolutely brilliant in their comic timing. Their remarks are at times outrageous which makes it even more the right pairing. Aerial sphere and contortionist Lucia Carbines takes flexibility to another level and leaves you wondering where her body will bend to next.

The show adds an element of sexiness through burlesque, cabaret and choice of costumes making it perfect for the adults. There was even crowd interaction during some of the more daring parts of the show that had you literally laughing out loud.

Returning to Sydney after receiving glowing reviews in New York, the group added 16 new shows to the season, playing through until March 2nd, 2014.