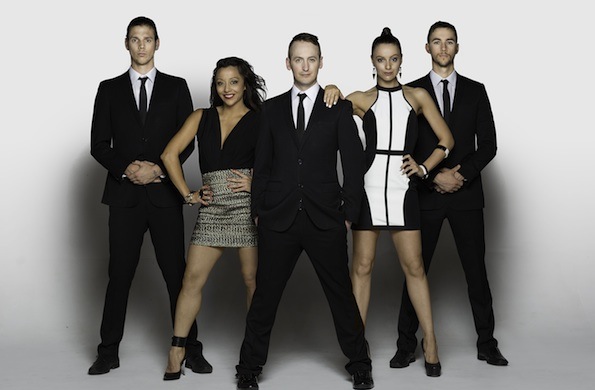 Last month a brand new dance chat show hit the web that is already taking the world by storm. Hosted by two of Australia’s leading choreographers Yvette Lee and Paul Malek, whose combined choreographic careers are glittered with credentials such as So You Think You Can Dance, Dancing with the Stars, Rock of Ages and Hair The Musical, the premiere season of Dance Chat launched to a resounding “YES!” from dance enthusiasts around the world.

The brainchild of Australian dance entrepreneurs Chris Curran and Paul Malek, Dance Chat has a simple aim; to provide fun and entertaining information and inspiration to dancers regardless of geographic location.

The first episode featured hilarious interviews with YouTube sensation Miranda Sings, Bob Fosse’s biographer Sam Wasson and the multi talented commercial choreographer Marko Panzic. Only one week later the first episode has attracted over 40,000 views from around the globe.

The ever-fierce Yvette Lee, fresh off the set as choreographer for Chris Lilley’s TV series Ja’mie, said she was excited to be invited to join the Dance Chat programme.“There was a need for this. There was no concept like this around. We all love dance, we love talking about it, so it’s great to be part of a show dedicated to it”, she said.

Dance entrepreneur and contemporary choreographer Paul Malek said he has been blown away with the response to the program. “We’ve had so many letters and emails of support and gratitude, from even as far as USA & Italy. We can’t believe it!”

The launch has not been without its hiccups though. Only three days in, the Dance Chat YouTube page fell the victim of a cruel sabotage of an unidentified ‘troll’. A series of the popular videos were incorrectly flagged as containing inappropriate content, resulting in them being removed from the site. The producers were quick to jump on this, starting a social media campaign #supportdancechat, where they asked fans to submit short videos in support of the concept.

“Unfortunately there’s always going to be some people who want dampen others aspirations. We were so surprised and saddened when this sabotage occurred, but have been so overwhelmed with the incredible support we’ve seen from the worldwide community. Everyone has united, and we now stand together ready to celebrate what it is we all live for – dance,” Malek remarked.

So what can we expect from the rest of season one?

“Well we can’t give too much away, but we have interviews with the star of King Kong Esther Hannaford, choreographic legend John O’Connell (Strictly Ballroom, The Great Gatsby and Moulin Rouge), musical theatre star Bobby Fox (Jersey Boys, Hot Shoe Shuffle, Riverdance), and some very special surprises,” says Malek.

Check out the first episode below:

Join the conversation at: