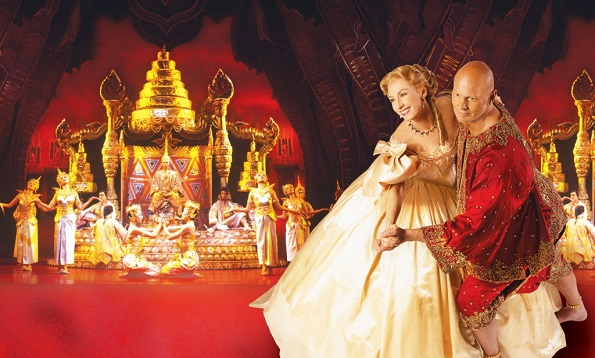 Broadway hit The King and I is coming to Australia in April next year and Lisa McCune and Teddy Tahu Rhodes will co-star in the Tony Award-winning production.

The King and I, being revived by the Gordon Frost Organisation and Opera Australia, is sure to be a resounding success with such stars at the helms. Lisa McCune, four-time Gold Logie winner, will play English governess ‘Anna Leonowens,’ while internationally acclaimed opera singer Teddy Tahu Rhodes will take on his second musical theatre role as the ‘King of Siam.’

Hot from their success playing opposite each other in South Pacific, also presented by Opera Australia and John Frost, the pair will headline the Brisbane and Sydney seasons. Lisa McCune will also star in Melbourne, where the King will be played by an international artist to be announced at a later date.

Adrian Li Donni will play ‘Lun Tha,’ the Burmese scholar and envoy who is secretly in love with Tuptim, a role he played for the Pro­duction Company in Melbourne in 2010 and in the US the year before that.

“I’m thrilled with the wonderful cast we’ve assembled for The King and I,” said John Frost. “I know this production will be as magnificent as the original, which is remembered as a milestone in Australian theatrical history. It brings me great joy to be able to return to this special production with Opera Australia following our huge success with South Pacific.”

“Teddy and Lisa coming together worked wonderfully well in South Pacific and it seemed to us that we should capitalise on that success and continue with it. They were both terrific in South Pacific and the audience really responded to them as I’m sure they will in The King and I,” said Lyndon Terracini, Opera Australia’s Artistic Director.

The King and I was Rodgers and Hammerstein’s fifth musical together and is considered one of the jewels in their crown. It was based on Margaret Landon’s 1944 novel Anna and the King of Siam, which took its inspiration from the memoirs of Anna Leonowens, a British governess to the children of King Mongkut of Siam (now Thailand) in the early 1860s.

The beautiful score includes the songs “I Whistle a Happy Tune,” “Getting to Know You,” “Shall We Dance” and “Hello, Young Lovers.”

A hit on Broadway in 1951, where it starred Gertrude Lawrence (who died during the season) and Yul Brynner, the show ran for three years before touring. The first London production opened in 1953, enjoying similar success. In 1956, it became a famous film starring Deborah Kerr and Yul Brynner, who won an Academy Award for his performance.

The Tony Award-winning production ‘The King and I’ is being revived by the Gordon Frost Organisation and Opera Australia. Photo by Joan Marcus.

John Frost’s now legendary Australian production premiered at the Adelaide Festival Theatre in 1991. Directed by West End director Christopher Renshaw and starring Hayley Mills as ‘Anna,’ it played to sell out houses around the country. In 1996, the production went on to win four Tony Awards on Broadway and the Broadway season was followed by a US tour. In 2000, the production opened at the London Palladium with Elaine Paige as ‘Anna’ where it played for nearly two years before embarking on a UK tour.

Christopher Renshaw will return to Australia next year to revive the production, with its stunning Thai-inspired set design by Brian Thomson, sumptuous costumes by Roger Kirk and lighting by Nigel Levings. Susan Kikuchi will recreate the original Je­rome Robbins’ choreography as well as the choreography of her mother Yuriko, who appeared in the 1951 Broadway production and the 1956 film.

Ted Chapin, President and Executive Director of the Rodgers and Hammerstein Organization, said, “John Frost’s production of The King and I is a classic example of taking a theatrical risk – a risk that ended up paying off better than anyone could have imagined. John’s resume didn’t necessarily warrant him being handed the rights to one of Rodgers and Hammerstein’s best shows, but he was enthusiastic and spirited – characteristics I am happy to say he still possesses today – and persuasive. Seeing the production in Melbourne was one of the most exciting nights of my life, and that started the worldwide roll-out which, of course, included a triumphant run on Broadway. I am so looking forward to seeing it again, and Opera Australia is the perfect modern partner.”

The King and I opens in Brisbane at the Queensland Performing Arts Centre in April 2014, then moves to the Princess Theatre, Melbourne in June, followed by a Sydney season at the Joan Sutherland Theatre, Sydney Opera House in September.