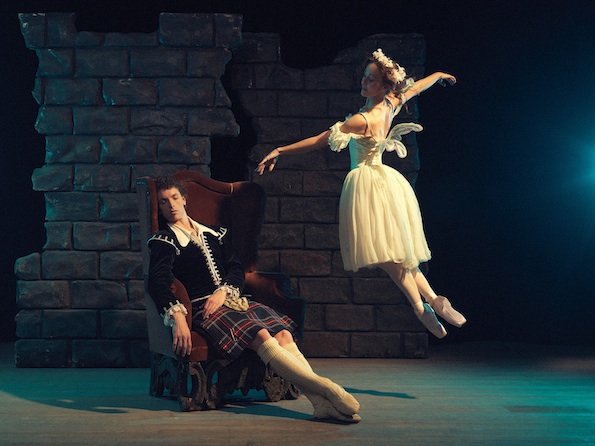 Melburnians are eagerly awaiting the arrival of spring. Time to shed one of our many layers and get out and take advantage of the bustling arts scene! Here are six things for dance lovers to do and see over the coming months.

1. The second annual Australian Tap Dance Festival kicks off the third week of September. Melbourne will be abuzz with tap masterclasses, choreographic residencies and special events for everyone to get involved in. Classes cater to all levels, from beginner to advanced, for a range of ages – there is even a free beginners class for first-timers. If you prefer just to watch, there are loads of fun events you can attend, such as Tap Dance Film Night, Jam Night with live musicians, Cutting Competition, Capezio Dance Off and the Festival Concert. The Australian Tap Dance Festival, sponsored by Dance Informa, takes place September 21-27 and gives you the chance to work with, or watch, some of the best tappers from Australia and abroad! Places are limited and many classes and workshops are already sold out, so jump on ATDF.com.au.

Leanne Stojmenov of The Australian Ballet as Cinderella. Photo by Georges Antoni.

2. Running from September 18 to October 6, this year’s Melbourne Fringe Festival includes 14 dance works. The Fringe is a great way to discover and support new and emerging artists, and this year’s programme looks incredibly diverse. Genres covered include ballet, contemporary, tap, hip-hop, Indigenous dance and even bouffon – something for everyone! Head to Melbournefringe.com.au

3. The Australian Ballet has two exciting productions coming up. Beginning on August 29, they present the double bill of Eric Bruhn’s La Sylphide and Marius Petipa’s Paquita. The two works bookend the Romantic era of ballet, and promise to deliver an exquisite night of escape. Then, on September 17, the company will unveil its brand new production of Cinderella, which is currently being created by Russian-born, New York-based choreographic heavyweight, Alexei Ratmansky. For more information, go to Australianballet.com.au.

4. The mighty Melbourne Festival takes place from October 11 to 27, and once again we will be treated to some of the most outstanding acts worldwide. Sylvie Guillem and Russell Maliphant take to the stage of Her Majesty’s Theatre with their award-winning collaboration, Push. In a separate programme, Guillem performs works by three of the greatest contemporary choreographers of all time, Mats Ek, Jiří Kylián and William Forsythe. Ireland’s Fabulous Beast Dance Theatre present choreographer Michael Keegan-Dolan’s interpretation of two Stravinsky classics, Rite of Spring and Petrushka. Hofesh Shechter Company returns with the world premiere of Sun. Plus, Melbourne’s own Stephanie Lake collaborates with composer and artist Robin Fox on A Small Prometheus. For more information, visit Melbournefestival.com.au

5. Dancehouse will be hosting a special hip-hop workshop with Anne Nguyen. Nguyen’s choreographic research focuses on the geometrics of hip-hop dance related to space. Breakdance is a dance form that was born inside circles, meant to be danced in a circular manner, without facing a specific direction. This workshop explores how this dance form can be faithfully transmitted inside the square space of a performance stage, without being just transposed, and without its movement and energy being weakened. Nguyen has developed her own method, based on postures, on deconstructing dance moves and building them up again in space, thus mixing breakdance and contemporary dance practices to create a compelling style of performance. The workshops will be presented on September 7 and 8. Check out Dancehouse.com.au for more information.

6. Underground, Melbourne’s ‘hottest night of dance,’ returns to the Revolt Artspace stage for its final instalment of 2013. Held on Saturday November 16, Underground Spring is part performance, part party. The evening brings together Australia’s best dance acts, including hip-hop, commercial, ballroom and contemporary. Since being launched by Paul Malek and Chris Curran from Collaboration The Project in early 2012, the once-a-season event has grown to attract sell-out crowds of dance lovers. Keep an eye out for performance applications, which will open in October, and also for the announcement of a very special international guest. For more information, go to Undergroundmelbourne.com.