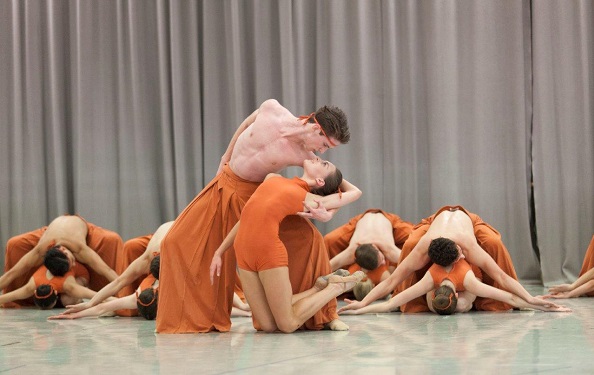 The show opened with a customary item engaging dance students from all eight levels of the dance school before launching into its major offerings. The highlights of the exhibition were Margaret Wilson’s Continuum and Areti Boyaci’s Alegrias. In the former, Wilson responded intelligently to the repetitions and continuities in McNeill’s score without giving up her own interpretive role as choreographer. Meanwhile Boyaci’s Alegrias, a vibrant flamenco piece, gave the audience a chance to see the dancers interpret an unfamiliar style and put the dancers’ innate musicality to the test. 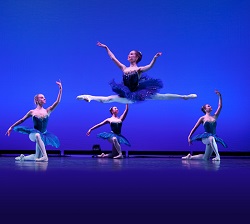 The other offerings were a little disappointing as a demonstration of what must ultimately be the distinguishing feature of a graduate year— the transition from technician to artist. Without, 3 Preludes, and the Finale, all choreographed by Rowles, and Ballet de Cristal, choreographed by Dow, were pleasant to watch, and not without some sentimental moments, particularly Without, in which Mia Heathcote proved herself a chip-off-the-old-block and offered a very mature performance. However, in most instances, the choreography provided a very literal interpretation of the music, almost to the point of a step per note, and did not offer the students much scope to demonstrate their dramatic talents. The finale, clearly designed as a showstopper, appeared to have been conceived with each dancers specialty ‘trick’ in mind but little else.

Weir’s offering, Jabula, was also highly athletic and the dancers appeared to relish the opportunity to show off their gymnastic capabilities in a freer movement style. It was enjoyable to watch, but unfortunately, Jabula sacrificed something in the way of cultural sensitivity to get the job done, playing a little too much on stereotypes of African sensuality, ‘earthiness’ and physicality.

There can be little doubt, however, as to the talents of the dancers. The many parents who came along to cheer on their offspring left justly gratified by the performances they beheld that night. With so many years ahead of them, the dancers will have ample time to develop into mature interpreters of their art form, this showcase marking but a great beginning for that journey.