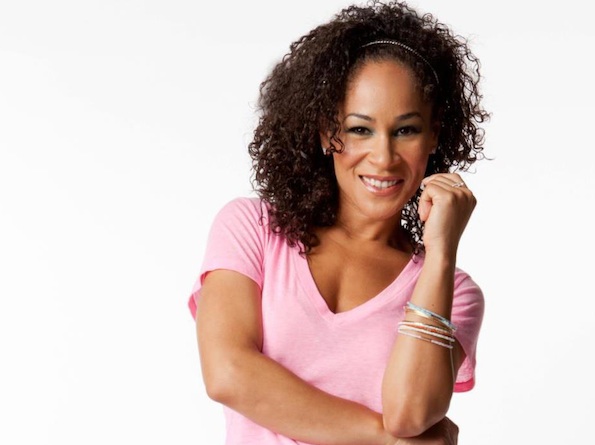 “I am a hoofer, I value life, I believe in love, I’m surrounded by greatness.” – Ayodele Casel.

Ayodele Casel will be in Australia these spring school holidays (September 21-27) to teach some of Australia’s most dedicated tap dancers at the second annual Australian Tap Dance Festival (ATDF).

It only took Ayodele a couple of years to turn professional and to be the only female in Savion Glover’s Not Your Ordinary Tappers, making her a great asset and mentor to the bourgeoning tapper. So, to get ahead of the game, any budding dancers might want to find out about Ayodele and her approach with this interview by ATDF Director Winston Morrison.

How long had you been tapping before you started performing with Savion Glover?

“Two years. I’d been dancing for about a year in regular class at New York University. I was an acting major and I had to take the dancing class as part of the school program. That’s how I met Bakaari Wilder who took me under his wing and we started going to Fasil studios to practice. When I say practice, he was teaching me because I didn’t know anything. I became obsessed. I’m sure you know that with tap dancing you become obsessed; you do it everywhere, practice everything.”

“We did session for about a year and at that time he was working on Bring in Da Noise, Bring in Da Funk. He was like, ‘You have to meet Savion’ and he introduced me. At that time, Savion was doing a lot of jams at the Nuyorican Poets Club and would always open the floor (where tappers could get up and jam). I got up one time and Savion approached me afterwards and said ‘I want to work with you,’ and that started it.”

What did you learn from working with Savion?

“To have the highest integrity for the art form – to care about it. To me, it means that I care to represent it the best way I know how; asking for the right floor, making sure it’s heard.”

“Also, what I love about Savion, and what I feel I have tried to instill in myself as I move forward in my own training, is about keeping the integrity of music. It’s not about how many steps you have, not about the 20-count wing that you’ve been practicing. Who cares about the trickery of it? You can’t be all image and no substance.”

Is there anything you know now that you wish you knew back then?

What’s a great line of advice that a mentor said to you?

“In 1997, we (Savion, Jimmy Slyde, Baakari and myself) were doing a tribute to the Nicholas Brothers who were in the audience at Carnegie Hall in New York City. I remember waiting for our segment backstage and I was so nervous. Slyde had a way of saying very minimal words but conveying a lot, and his voice was very commanding. His eyes would zoom in and he would just say one thing and you would go ‘Oh, my!’ I was warming my feet up backstage and he looked at me and said, ‘Don’t compete.’ As time went on, it was all starting to make sense, that it’s okay to be where you are. Concern yourself about what you’re doing. It’s practice, education, cultivating yourself, being a person with integrity and being part of the art form that you are representing. Then the rest of it is easy and will take care of itself. ‘Don’t compete’ has always stuck with me because it’s very liberating to know that you don’t have to.”

What’s going on in your mind during and before a performance?

“Nothing to prove, everything to share. As artists and performers we go out there with the intention of sharing and giving a gift we’ve been given. There are so many things that can trip you up, like thinking, ‘I hope I don’t suck’, but all of that needs to go away. During a performance and while I’m dancing I’m really doing my best to try and express myself and dance as purely as possible – for me. I don’t want anything to ring false (like falling into the trap of doing a series of ‘tricks’) I try to remain as open as possible and I try to use the tap vocabulary for good. Steps are like words and I try to be mindful of what I’m saying.”

When I experienced your tap festival residency in New York five years ago, I loved how clean your feet were. Do you have any tips on how you achieved this?

“Just practice. I tell students that there are no shortcuts. I remember when I was learning, I would paddle-and-roll in my living room for four hours straight back and forth in the room all the way to the end and back around. Just practice!”

I always encourage my students that when the movement is relaxed, the sound produced is the best. Have you found that?

“Yes. Absolutely. Lightening up, keeping on your toes, keeping your weight forward or on your toes, not flat-footing, is very important. A lot of people make that mistake, maybe in an effort to be loud or appear that they’re working. They put too much energy and effort into it. You’ve got to relax.”

What things do you do to support your tap?

“I find myself lately going back to old things like old traditions and footage – I like immersing myself in that era. I can watch Sammy Davis and clips of Baby Laurence all day. It reminds me that we aren’t doing anything new, and they did it impeccably.”

“Spiritually, I do my best to stay connected and ask to get out of my own way. Any beliefs that hinder progress, I always ask to be eradicated from that.”

What do we have to do to get tap out there on a bigger scale?

“We have to continue to create, but it has to be good and it has to have substance, because if it doesn’t, there’s not going to be any longevity. You have to represent it as well as you can. The great thing about where we are is that it’s been done before. We have examples: Gregory Hines is an incredible representation of tap dancing. Jimmy Slyde is an incredible representation, even Fred Astaire, Gene Kelly and the Nicholas Brothers. They’ve shown us that it’s possible and how to do it. We’re not reinventing the wheel; we have some guidelines that we could be following.”

What can your masterclass and residency dancers at the Australian Tap Dance Festival look forward to?

“I can guarantee you that we’re going to be paying attention to keeping time and keeping a groove. People forget to dance. I don’t like to do choreography that’s stressful. I hate it when choreography is just difficult for no reason at all, like a series of preparations and impossible things that you’re not going to remember. I think that it should feel good, it shouldn’t look like a struggle. It can be technically challenging, but not stressful. And most likely, we’ll be swingin’.”

Want to see Ayodele in action?
Get your tickets to see the show Australian Tap Dance Festival in Concert!