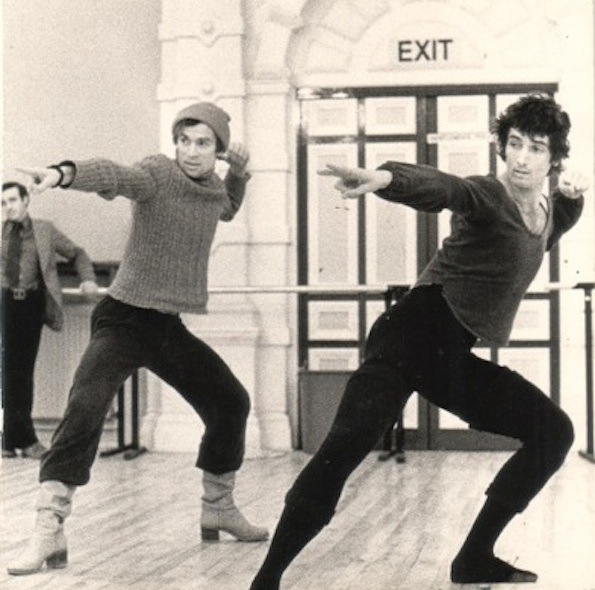 Rudolf Nureyev was one of the single most influential people in the history of dance. This year marks 20 years since his untimely death, but also 75 years since his birth. In celebration of this great man, special events, gala performances and tributes are taking place worldwide in 2013.

There has been so much written about him, and he has become something of an enigma. But what was he really like? We ask two professional dancers who knew him personally, Frederic Jahn and Patricia Ruanne.

Jahn and Ruanne are both involved with The Nureyev Foundation, and worked with Nureyev for many decades during their illustrious careers.

Tell us, how did your involvement with The Nureyev Foundation come about?

Patricia Ruanne
In 1986, I was asked by Rudolf to stage his Sleeping Beauty in Istanbul. This led to my appointment as ballet mistress for The Paris Opera Ballet, at the time when Rudolf was director of the company. I was specifically brought in to help Sylvie Guillem in Rudolf’s new production of Cinderella. Initially I was responsible for all the principals in all of his productions, extending later to other selected choreographers and full company staging.

Frederic Jahn
We, and other principals of The English National Ballet (then London Festival Ballet), created Rudolf’s Romeo and Juliet. He was filming Valentino at the time, so we would start working after nine every night, when he returned from the studios. He was plotting the ballet, and we all changed characters to help him set it. This eventually taught us every role in the ballet, and later he gave Patricia and I sole responsibility for this production.

Will you be involved with any of the events or production in this year of celebration?

Frederic Jahn
In Toulouse, France, we will be doing a Nureyev Gala programme. It will be a selection of his works, including the Balcony Pas De Deux from Romeo and Juliet, the third act of Don Quixote and La Bayadere Act 3.

There has been much written about Rudolf Nureyev, but how would you describe him?

Patricia Ruanne
Passionate, incredibly hard-working, relentless in the studio but at the same time very tolerant of people’s short-comings, as long as they kept working to improve. He had no tolerance at all for those who gave up or rejected the opportunity to change their habits to their advantage.

He had an endless curiosity about everything related to theatre, from how a costume is made, to which lamps give which effects, to how a conductor controls the orchestra. This acquired knowledge stood him in excellent regard from the point of view of all backstage staff – the man knew what he was talking about.

Rudi was quite childlike in some ways; uninhibited in his enthusiasms, wonderful with children, animals and other people’s parents. He had a great sense of humour and a tangible interest and appreciation of his colleagues.

He was very generous with assistance and information for all levels of the company. He was very demanding of the people who worked closest with him, but never more than he was willing to invest himself. Stimulating, exciting to work with, an unforgettable personality.

What is your favourite of his ballets and why?

Frederic Jahn
Romeo and Juliet was my favourite of his ballets. He made this ballet for a company, and not as a vehicle for himself. Nureyev was a mega-star when he was alive. He was the most photographed person in the sixties; Margot Fonteyn and Nureyev were household names. When he did his own productions he marketed himself in them, hence the numerous variations in Sleeping Beauty. The public and the theatre agents got over and above their money’s worth when a Nureyev production was presented.

In Romeo, he attempted his own choreography for the first time. For Juliet, it was Martha Graham on pointe; extremely difficult choreography. For the corps de ballet, there were real punch-ups created by a fight director. Rudolf did so little for himself and gave the production to the company, so much so that the first night, ballet critics called the ballet, Tybalt and Mercutio. It wasn’t until the theatre critics came that all was revealed. They thought it was a masterpiece – particularly a section in the ballet where Mercutio fakes a false death, which leads his friends to laugh at him, when he truly is dying after his fight with Tybalt. This was his concept, and it’s subsequently been copied in theatrical productions.

His research was impeccable, to the extent that practically every line of the play is interpreted in his ballet. He was right in not making Romeo and Juliet into a romantic ballet – it’s not. It’s about two feuding families, the offspring of which fall in love, in an era of great violence, intolerance and disease.

In what other ways did Rudolf have an influence over dance and theatre?

Frederic Jahn
This story was told by Eugene Poliakov. He was Rudolf’s ballet master at the Paris Opera, as well as the director of Teatro Comunale in Florence, Italy. I was his Ballet Master, and Poliakov and I shared an apartment when he came down to Florence once a month.

These were in the days before Rudolf defected and was still with the Kirov. He was dancing Siegfried in Swan Lake, and in those days all the men wore bloomers over their tights. It was not a particularly attractive look, as it cut the line of the leg. Rudolf was in his dressing room after finishing the first two acts, and refused to do the third act of Swan Lake if he had to wear bloomers over his tights. The management were furious but over a barrel, but they let him do it, as he was already an up-and-coming star in the Kirov.

After that incident, the fashion changed in that theatre, and without doubt, the rest of the theatres in Russia. This change was only in Russia; the West was already showing gents’ legs.

For more information about Rudolf Nureyev and the list of tribute events taking place this year, visit www.nureyev.org.