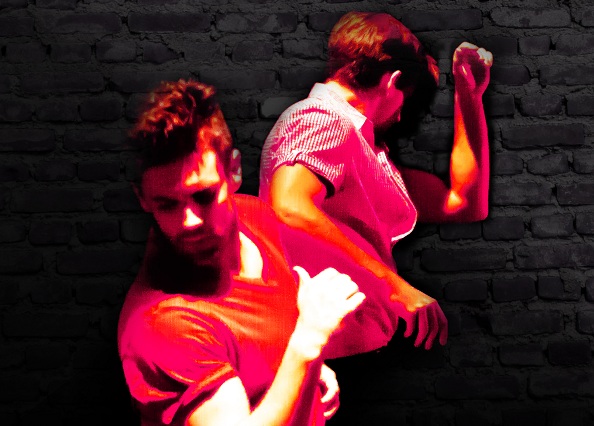 Michael Ralph is well known around Melbourne, not only for his dancing but his fantastic classes at The Space, Michelle Slater School of Dance, Jason Coleman’s Ministry of Dance and Centrestage Performing Arts School.

Recently, he has started creating works that have garnered critical and audience praise alike. His new work, Now & Then – Ralph’s first full-length production – will be presented at Gasworks Theatre in Melbourne on March 21-23. Featuring who’s who of the Melbourne dance scene, the work presents Ralph’s own brand of Broadway jazz and contemporary dance.

Dance Informa recently caught up with this budding choreographer to ask him a few questions.

You trained at Dance World Studios and teach at various places around Melbourne. Share with us more of your background as a student and performer.

I actually grew up in New Zealand in a city called Tauranga on the beautiful east coast of the North Island. I started dancing at age four at the dance school around the road from my house. I moved to Australia in 2007 to study full-time at Dance World Studios and to pursue a career here.

After a year of full-time (dance) I was very lucky to be cast in the musical CATS as my first professional gig. I learnt so much about performing and about myself from being on tour. Since then I’ve performed in FAME the Musical, CATS again playing another role and in Moonshadow, the Cat Stevens’ musical.

My two goals when I moved to Australia were to perform professionally in musical theatre and to be a musical theatre choreographer. So I guess everything has been working towards these goals. I am extremely passionate about the knowledge I have gained over the years from so many incredible people who have taught, mentored and worked with me. Because of them, teaching others comes so naturally.

Now & Then isn’t your first piece of choreography. You have created prize winning pieces presented at Short + Sweet.

Last year I created a piece called Project Elvis, which was part of Short + Sweet Dance festival 2012. It won “Best Choreography”, which was a huge step forward for me and my work. The year before that I won the “People’s Choice” award for my piece Mood Swing at Short + Sweet. I have also created work for Immersed Industry dance nights, Underground Dance night, Magnormos Theatre Company and many cabaret and corporate shows. A lot of my work is for showcase and competition pieces for the many dance schools and music theatre institutions that I teach at.

Do you prefer dancing or choreography?

Dancing will always be my first love. There’s nothing quite like that feeling out there onstage – it makes me feel bigger/stronger than I believe I am in real life. But I have always been fascinated with choreography and studying different peoples’ work and processes. It feels so much more like what I was meant to do in life. I love choreographing and it’s very creatively satisfying.

Who is your favourite local choreographer and why?

I would have to say Kelley Abbey. She has such distinct vision and style with everything she does – musical theatre, television, and film. Working with her in FAME was a hugely inspiring experience and a great honour.

Who is your favourite all time choreographer and why?

That’s WAY too hard to answer! I pride myself on knowing all there is to know about the great choreographers of the past and present. I like them all for different reasons. If I was to narrow it down to a few I would say Bob Fosse, Michael Bennett, Jack Cole, Rob Ashford and Gene Kelly. I love choreographers of all styles though and try to let this influence my work a lot.

Michael Ralph’s ‘What is this thing called love?’

Tell us about your new work, Now & Then.

Now & Then is my first full-length dance production directed and choreographed by myself. I’ve been planning and thinking about doing a show for about two years now and finally the right moment came to go ahead and do it. Essentially the show is a chance to showcase my work to the musical theatre and dance industry in the hope of creating more interest and opportunities for myself as a choreographer.

The first piece, What is this thing called love?, is a young man’s journey to find the essence of true love. Set to a catalogue of Cole Porter’s finest hits, it promises to seduce, thrill and set your toes tapping. The second piece, Ladies of Hollywood, is a tribute to the great Jack Cole – a lesser known choreographer of film and theatre whose work I adore. The final piece, Project Elvis, explores the lust, loneliness and love of youth in the 1950’s. Featuring a rockabilly meets 2013 soundtrack of remixed Elvis Presley tracks that will blow the roof off the joint!

Tell us about the team involved in the show.

The dancers in this show are so incredible and I am extremely lucky to be working with each and every one of them. We’re about halfway through the rehearsal process now and I’ve been having such a wonderful time. The workload involved with putting on your own show is a tad daunting, but I try to keep on my game my being organized and surrounding myself with a strong team, (including) Scott Hendry (Co-Director), Amy Mete (Production Assistant), Tanje Ruddick (Production Manager) and Gemma Kelly (Costume Coordinator).

I cannot wait for people to see what we have been working on. I always strive to create work that audiences find connectable, entertaining, and fresh – even in an old school way.

To get your tickets to Now & Then visit www.gasworks.org.au and for more information visit www.facebook.com/NowAndThenDoubleDanceBill.