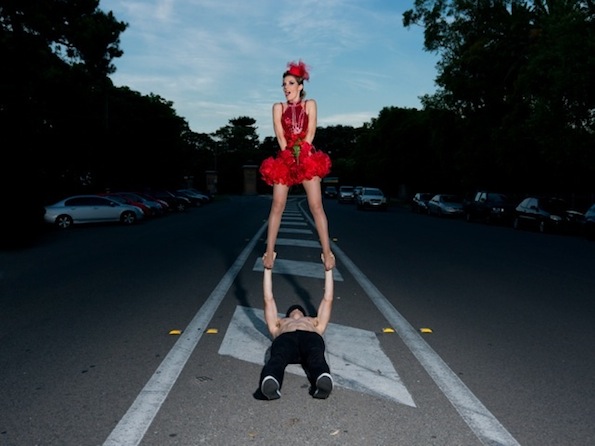 Having returned for a one-off performance on February 7th at Sydney’s premier jazz club, The Basement, audience members were treated to an acrobatic, operatic and tap dancing sensation.

Ruby Boukabou brought her Parisian flair and acting skills to the forefront in the role of Jazmin Baret as she took us on a series of semi-autobiographic, theatrical adventures. The concept was brilliant. It allowed the audience to have an understanding of French culture while simultaneously keeping us amused.

Complimenting her was the multi-talented Ben Palumbo in the role of Monsieur P. It’s quite clear Ben is meant for the stage. He has a certain ease at performing that appears natural and not forced.

Accompanying Boukabou and Palumbo on stage were a talented team of musicians and dancers, with featured solos from international burlesque star Sarina del Fuego and jazz songstress Cathrine Summers. A definite highlight of the night was watching Glenn Wood perform choreography with the Sydney Tap Crew.

Sparkly costumes and French mannerisms tied in with the French theme. A good dose of humour was often a welcome distraction to some of the more serious moments of the performance.

All had an enjoyable night. As the French would say….c’était magnifique!