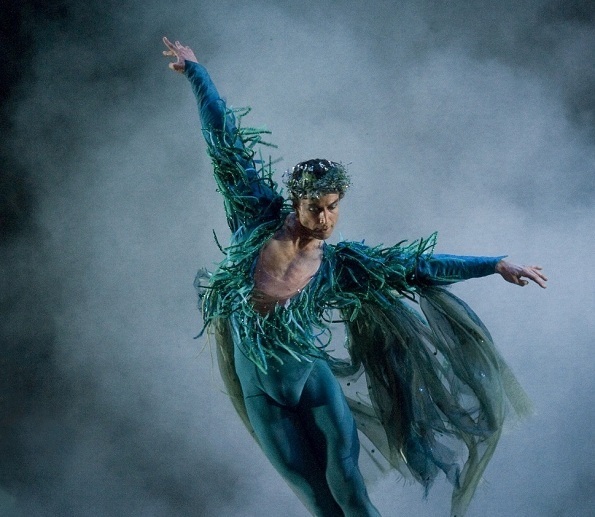 Returning to Australia after a five-year stint in the UK, international ballet principal Matthew Lawrence is ready to do much more than dance in a state of sunshine.

Most Australians would understand why someone would want to bail out of the English winter to the permanent warmth of Brisbane, but weather is not the only reason Matthew Lawrence is leaving his principal role with the Birmingham Royal Ballet to join Queensland Ballet.

A Kiwi by birth but trained here, Lawrence joined the flagship Australian Ballet in 2003 before decamping to the English midlands in 2008. Along the way he picked up Green Room nominations, won a People’s Choice Award and established himself on the world stage. Now, with his dancer wife and newborn in tow, he returns to these shores as the new Principal Dancer under the directorship of Li Cunxin (of Mao’s Last Dancer fame) at one of the country’s leading companies.

“The big attraction was dancing for Li and his exciting vision for Queensland Ballet,” he states simply. “Also, with my young family, it means being closer to family and having an outdoor, vitamin D-rich lifestyle.”

As someone who has lived and danced in both the European and Antipodean ballet cultures, Lawrence is probably better placed than most to contrast and compare. “You can get extremely convoluted discussing the Australian versus European differences,” he acknowledges with a hint of wry, dry humour. “But I’d say the major difference that influences European dancers is the huge diversity of dance styles all available within walking distance.”

If Matthew Lawrence sounds a little guarded here, it’s because he has more reason than most dancers to be careful about spouting easy opinion. In between dancing lead roles in classics like Romeo & Juliet and Giselle, Lawrence puts fingers on keys as a dance writer. He reveals that he has been writing “seriously for a couple of years” for periodicals and websites, most notably the prestigious, century-old, UK-based monthly Dancing Times.

The twin roles, he admits, create an inevitable tension. “Being a dancer and a dance commentator I have to be careful,” he explains. “Having said that, I enjoy broaching some of ballet’s traditional taboos – like dancer health and the relationship between conductor and dance – in a less emotive, more factual way. I just have to careful at which point, if at all, I bring myself into the article.”

One of the more “touchy” issues in the Australian context is the particular relevance and function of smaller companies like Queensland Ballet, when we have the internationally lauded, 50-year-old national Australian Ballet.

Lawrence is unsurprisingly adamant on this point, perhaps not merely because he is joining the company but because he has just spent five years in Birmingham with a UK regional company.

Matthew Lawrence as the Prince and Gaylene Cummerfield as the Sugar Plum Fairy in ‘The Nutcracker’. Photo by Bill Cooper.

“Well now,” he begins, clearly fired up, “that sounds like you’re insinuating that Queensland Ballet and Birmingham Royal Ballet, by virtue of their size, title and budget, aren’t as good as their national representatives. That is certainly not the case.”

However, this is not the cue for simple comparison. “I won’t be dragged into stating the various pros and cons of dance companies, but I will say that some of the finest art and performances have come from some of these smaller companies,” he adds. “Smaller companies also often reflect, more aptly than larger companies, their region’s interests and culture.”

Which brings us back to Queensland Ballet’s newly-appointed, high profile Artistic Director Li Cunxin; a man who clearly has a vision for 2013 and beyond. Apart from recruiting two international dance stars (Lawrence and former Houston principal Huang Jun Shuang), Cunxin will be pivoting his first year at the company around a trio of classics: Cinderella, Nutcracker and Giselle. Whilst this might sound a tad safe, there is little doubt that Cunxin’s appointment is a watershed for one of Australia’s three remaining professional ballet companies; a company, it must be said, that is two years older than the national company.

As for Matthew Lawrence, his 2013 goals are much more straightforward. “I’d just like to get to 2014 in one piece,” he jokes. Doubtless, his young family and new company comrades will heartily concur.

Photo(top): Matthew Lawrence performing as Oberon in The Dream. Photo by Bill Cooper.