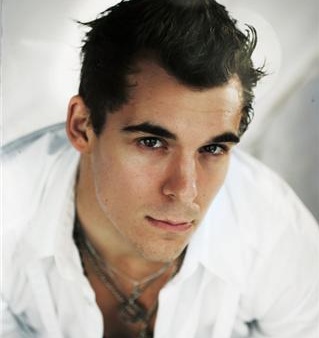 Adam Scown, a homegrown Aussie talent, made the trek to London about five years ago to give it a crack as a performer…and he hasn’t looked back! Dance Informa’s Linda Badger got the chance to catch up with Adam whilst he was back home for Christmas.

Why did you decide to move to London?
It was the one place I had the desire to work in. As much as I love New York City and Broadway, I just had no desire to move over or perform there. I visited a friend in London and I was walking around the West End thinking, ‘I’ve got to go here at some point.’ So after working in Australia for a while, I thought I’d make the executive decision to stop, rethink, plan my life and fulfill my desire to be on the West End.

How hard is it to make the move the London?
It was daunting to begin with. There is so much going on there, and you are moving your whole life. I gave myself two to three months to settle, set up my bank account and look for a good area to live (with help from my UK friends). I emailed my CV and etc. to agents, both in commercial and musical theatre, so I could gain work upon arrival. The shift was a slow process. It’s a life-adjusting period. 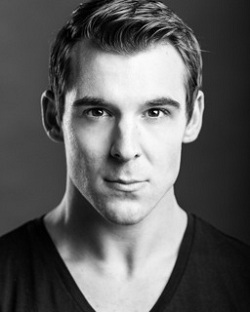 What are three essential things you would suggest to do before making the shift to London?
1. Pack…
2. Most Australians like to arrange their bank account before leaving. HSBC is good because it is both here and in London.
3. Contact agents so you can get work. I would recommend getting with someone who’s been there for a while already, who knows the good and the bad. There is a book called the ‘Contacts’ book which lists agents, but from that you can’t gauge who’s good, who’s bad, who’s going to work for you and who’s not. You need professional opinions from people who already work there.

Apart from physical items, I think the most essential thing would be to go over quite strong willed. It’s a different ball game and I think that’s probably one of the most helpful hints I could give. Know what you want to do. Know why you are going and what you want to achieve.

Does your Australian training give you an advantage in London?
I think that my overall training across the board in style, whether it be jazz, contemporary, ballet or tap [has given me an advantage]. We had to do everything in Australia. It’s the only way to survive in the industry here. I think having to learn everything, and attempt to be really good at everything, has enabled me to work successfully in London, across both musical theatre and commercial work.  You have to be able to do everything as there’s such varied work. 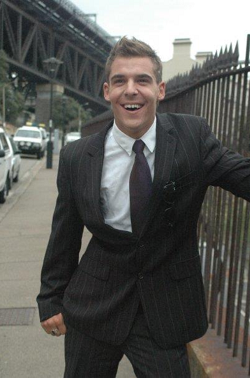 You are now on casting panels and working as a choreographer. What have you gained from being on the other side of the table?
I’m gaining so much. I now understand what a panel at an audition thinks, says, and does before an auditionee walks in, and when they walk out. I now know how to prepare a lot more for my own auditions, and to not be so upset or annoyed if I don’t get the job. I don’t beat myself up about it because at the end of the day, if I went in and did the best I possibly could with no regrets, then I can’t do anything else. I am just not right for the job.

As a part of the panel, I’m all about giving people a fair go, no matter how experienced or not they are. It’s nice to sit back on that side of things for a change, and enable and encourage others to get the job. At the end of the day, I think a panel should really want an auditionee to get the job. They shouldn’t be ‘diva-ish’ or have an attitude about why they are sitting on that side of the table. You never know if one of those people who are auditioning for you will end up on a panel the next time you go into an audition. It is good fun, I won’t lie. I do prefer it, in a weird way. It’s a nice feeling, and I find it really interesting.

What’s coming out of London at the moment?
There are always people going really hard and getting new ideas and creative things out there. For example, the hip-hop group Blaze, who are here in Australia at the moment. It’s a new dance concept show. We generally have a few of those in London. They aren’t main stream West End, they are off West End. The dance industry itself goes to see these shows.  There are a lot of contemporary dance companies that always have shows going on, and it’s really refreshing because as much as everyone wants to go see a main stream musical, there is only so much you can gain from that. Being a dancer I get inspired by watching other dancers in all different styles.

What styles/trends are you seeing in London?
A style that is kind of ‘in’ at the moment is funk jazz, drawn back to the 80s and 90s, with modern elements. In musical theatre they’re tending to go old school, bringing back the top hats and that classic era of dance. Tap is getting out there more and more, which is really good. But I’m finding in both musical theatre and commercial, that acrobatics is really dominant. You need to flip!

So are you going to go and learn to back-flip?
I had a bad experience with a back-flip once, and now I can’t even look backwards, because it really freaks me out [laughing]. But one of my things to do this year is to go to acrobatic classes, because it’s one thing I don’t do.  I can do a couple of things, but nothing backwards. I am going to try and get over that….watch this space!