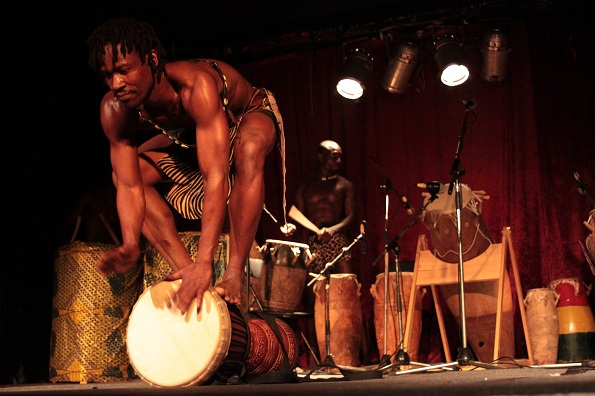 With its roots in Africa and its home in Melbourne, Asanti Dance Theatre is striving to make sense of tribal tradition in a fast paced multi-culture of accelerated change.

“Most of our traditional dances are very boring,” says Ghanaian born, Melbourne resident choreographer Appiah Annan. “Not just the Ghanaian ones, but across most of Africa,” he adds. “But it’s up to us to change them and make them interesting.”

This might seem like an astonishing admission for someone reared in the multi- coloured cultural melting pot of West Africa, with its vibrant and very musical fusion of tribal tradition, reggae, hip-hop and Western pop and dance. However, for the man behind Sankofa, a new ‘Afro-contemporary’ dance work premiering this month at Melbourne’s Malthouse Theatre, it is the launch pad for an investigation of both tradition and the desire for change.

As Appiah Annan explains, “People say it’s not possible to change those dances but I think the basis is there and if you have the artistic direction to think of things in a different way, it is possible to make those old dances new again.”

Indeed, the prime motif of Sankofa is precisely that; going back to move forward. In Ghanaian iconography, Sankofa is a bird reaching its neck back towards its tail; the symbolism of which Annan is trying to embody in a work that fuses contemporary discipline, African energy, live music and multi-ethnic performance.

Before settling in Australia in 2007, Annan was already exploring modern forms of dance. “I didn’t really study traditional dancing at first. I was into what we in Africa call ‘freestyle’, which is danced to house music and hip hop. From the freestyle I went back to the traditional dance,” he recalls.

From there he set up Asanti Dance Theatre which, from small beginnings, garnered an international reputation, not only for its creative works but its community outreach. Transplanting the company to Australia, Annan delved deeper in to his love of contemporary, inspired by such luminaries as Pina Bausch, Jiří Kylián and, locally, by Chunky Move founder Gideon Obarzanek.

“Traditional dance is very different to contemporary dance,” Annan states bluntly. “What I’m trying to do is to change some of the traditional moves to become contemporary. In Africa everything sticks to the traditional. We don’t change as much as you do here in the West.”

Working within the self-consciously mutable milieu of the Western contemporary style, Sankofa clearly seeks to examine the role of tradition, not just in dance but in culture generally. To what extent, in a rapid fire world of constant change and faddish ‘innovation’, can solid tradition play a stabilising role? “It does talk about the value of tradition,” Annan confirms, “but also it talks about how we don’t have to stick with those things. We have the opportunity and the capacity to change things, to make things new or to change the way they are going.”

From a purely performance perspective, Annan seeks to evoke this by utilising a lot of “going back and forward” movements. “We’ve also tried to show what Sankofa means to different people from different cultures.” To this end, the show features dancers from Africa, Asia and Australia, as well as a live soundscape of African drumming and modern electronica.

However, the obviously multicultural nature of the work is not necessarily a cry for tolerance and understanding, nor is it a nod to political niceties. As Appiah Annan insists, “This is not a ‘cultural’ thing, it’s just an artistic work that people from many countries have come together to create.”

Having said that, Annan is clearly able to evaluate both the differences and the similarities between the cultures of Ghana and Australia. The two are quite obviously distinct, not simply in terms of economy, technology and cultural proclivity, but with regards to the way that the arts are practised. “Here, they think about lighting and staging, story and connection, whereas in Africa we don’t think about all these things, we just do it,” he says.

Now that he finds himself ensconced in the world of Western performance, Annan believes that he has fundamentally changed the way he creates work. “Doing this show has been a very amazing journey for me because I have come from that background of just letting things go and just doing it,” he explains. “Coming here to Australia I realise, no, you need to know why, how this is connected with that, and have some kind of story so that audiences, even if they don’t see the story, can see that things are connected.”

Helping him make all the inter-cultural connections are an ensemble of eight dancers and a live ‘band’ under the direction of Melbourne sound artist Dale Gorefinkel. With its West African roots and Australian influenced contemporary aesthetic, Sankofa seeks to do more than simply create a colourful fusion, unifying the often competing impulses of evolution and tradition.

As Appiah Annan prefers to say it, “It’s like, if you have a car and you haven’t washed it for two years, on the first day that you do wash it it will look new. It’s like fixing things, or fitting things that are old into the contemporary world.”

For tickets to see Asanti Dance Theatre present Sankofa at the Malthouse on December 14 and 15 visit www.malthousetheatre.com.au