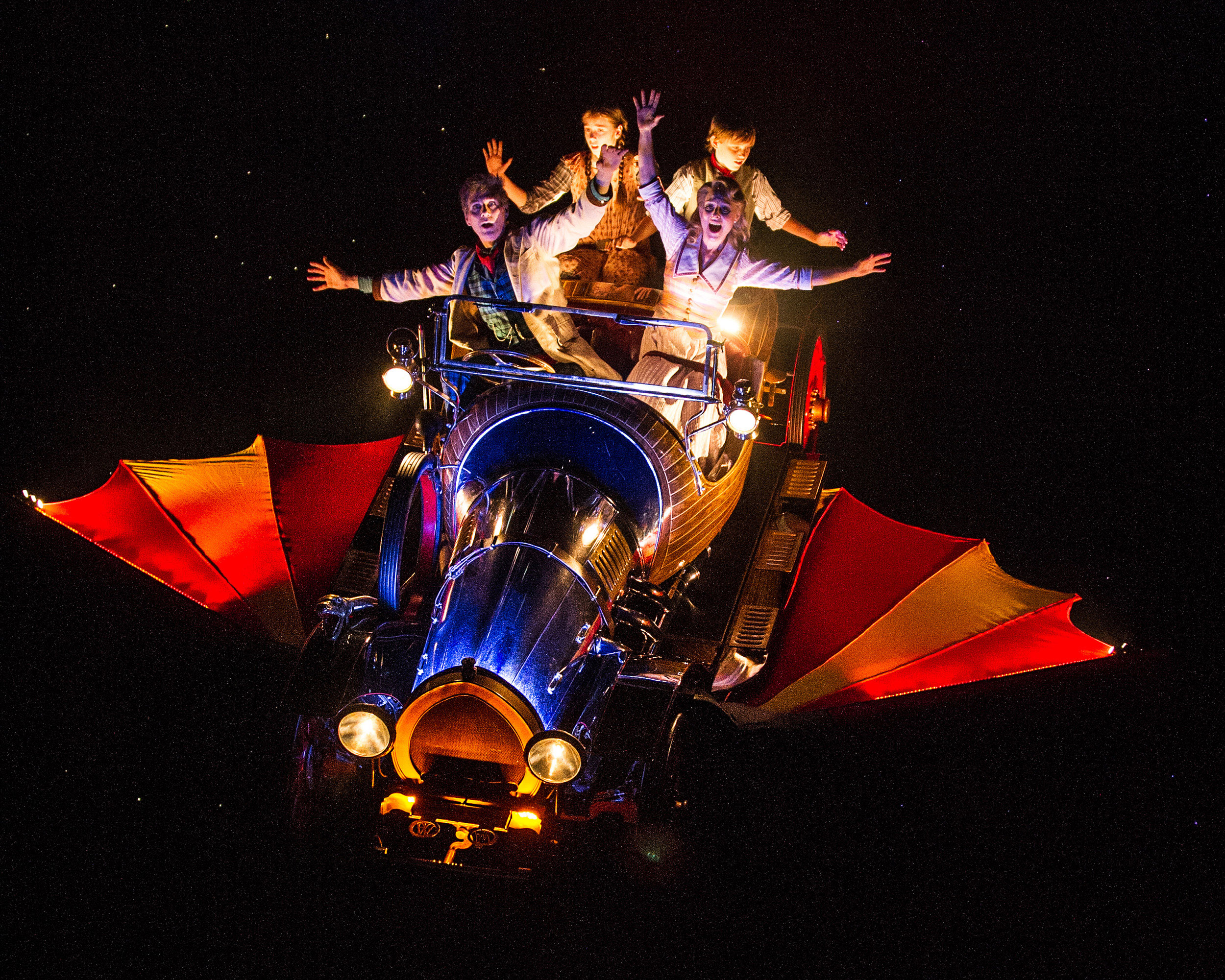 There was no denying that the show went off with a bang at Capitol Theatre Sydney, on Saturday 17th November. Chitty Chitty Bang Bang was the perfect family musical that had the entire audience clapping along.

Based on the 1968 film of the same name, the car was definitely the star of the show. Flying through the air, it garnered gasps from both children and adults in the theatre. At first, it seemed there were a few small malfunctions with getting the car into the air, however being the first night of the show, a small mishap could be expected.

An all Australian cast did their best on stage, with standout performances from David Hobson in the role of the eccentric inventor ‘Caractacus Potts’ and Rachael Beck as ‘Truly Scrumptious.’

I wasn’t surprised to see live dogs bound on to the stage. For family musicals, live animals are a definite crowd pleaser and director Rodger Hodgman did a fantastic job in keeping the children entertained.

One of the downsides of the show was the dancing. The choreography seemed to lack a bit of ‘oomph.’ At times it felt like I was watching dance routines at an eisteddfod. However, what seemed to hold the dancers together were the great costumes and set that tied in well with the whole story.

The performance did feel quite lengthy as well. Towards the end of the second half, I was feeling edgy and ready to get up.

However, with all that being said, I did leave the theatre feeling happily entertained. I wasn’t the only one, with the cast receiving a standing ovation. If you’re after a light-hearted fun musical for the family, then Chitty Chitty Bang Bang ticks all the right boxes.