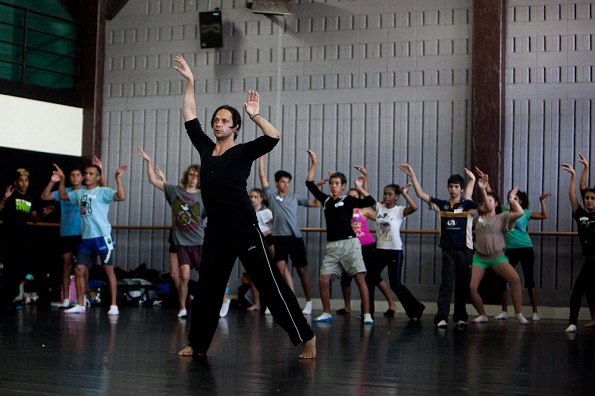 Bangarra Dance Theatre goes back to country to pass on the secrets of the flame to the young.

Bangarra is one the biggest brands in Australian dance and remains, without doubt, the peak indigenous performance body. For two decades, led by the inspirational Stephen Page, they have blazed a global trail of tribal contemporary dance fusion and cultural awareness with a succession of often ground breaking shows. Overused terms like ‘national treasure’ and ‘flagship company’ are entirely appropriate in the case of Bangarra Dance Theatre.

However, in 2013 the company will go beyond mere performance. The recently announced Rekindling programme will transmit Bangarra’s passion and expertise out of the nation’s theatres and into the heart of the indigenous community. Yes, it is classic youth outreach stuff; but it’s also about nothing less than the preservation of first nation culture here in Australia.

Youth Programme manager Sidney Saltner will spearhead Rekindling. “I think it’s really important for Bangarra to be able to go back to community,” he begins simply. “As a major arts body we don’t usually have the time or the personnel to do it but now that we have we’ve decided that it’s time.”

That sense of timeliness is something familiar to anyone close to the coalface of indigenous cultural survival. Like tribal and first nation societies across the world, aboriginal Australians are seeing their ancient knowledge and cultural practices being overwhelmed by the ubiquitous juggernaut of Western materialism, and, as it always is, the future is in the hands of the young. 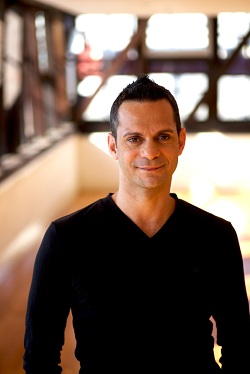 Of the indigenous youth that Rekindling is aimed at, Saltner observes, “They’re always exposed to external stuff like video games and TV, but we’re trying to help them rekindle their own stories from their own backyard and make them understand the richness of their culture. We want them to see that their own stuff is just as important as all the other stuff they learn about.”

It is clear that Bangarra take this aspect of their work as seriously as any of their productions. “Whenever we’ve gone back to community in rural areas we’ve seen the need for this type of programme to take place,” Saltner explains. “By rekindling interest in these stories we’re keeping them alive. They will die out otherwise. One of the things about Bangarra is that we have this cultural background to look after.”

Indeed, ever since its inception in 1989, the company has been suffused with a sense of mission. Bangarra’s role has always been more than that of a dancing billboard. As Sidney Saltner puts it, “It’s why we exist. We’ve been given the responsibility by the elders, entrusted to keep the stories and culture alive. If we didn’t have their trust I doubt very much whether we’d still be here.”

The company/community connection will be further enhanced by Rekindling, which will primarily focus on rural and isolated communities. Beginning in NSW, it will pull together young people from the Wiradjuri, Dainggatti, Kamilaroi and Biripi groups. Through structured workshops and thematic focal points (essence, respect, knowledge, connection) it aims as much to inspire the new as to preserve the old.

“It’s a myriad of things,” says Saltner. “There’s the cultural stuff but also we’re saying, ‘okay, this is another avenue for you’. It lets them see that they can go into the arts but also into any kind of situation.”

From a personal perspective, Saltner believes that Rekindling is about returning the favour. “With all the information that’s been given to me over the past twenty six years of my dance career, I find it a privilege to be able to give back,” he states. “One of the things that we instil in the company members here is that, yeah, we are role models to all these indigenous kids out there; not only indigenous kids but any kid who aspires to be a dancer.”

Given the integral role that music and dance play in the generational transmission of indigenous culture, it is no surprise that aboriginal Australia’s most prestigious dance company should take on the role of cultural preserver. “There’s definitely a demand for it, even if people don’t quite know exactly what the Rekindling programme is yet,” Saltner insists. “If somebody doesn’t try to keep these stories alive there will be nothing left, they will just die out.”

That the word bangarra means ‘to make a fire’ in the Wiradjuri language is obviously no coincidence. The challenge now, of course, is to keep the flame alive.