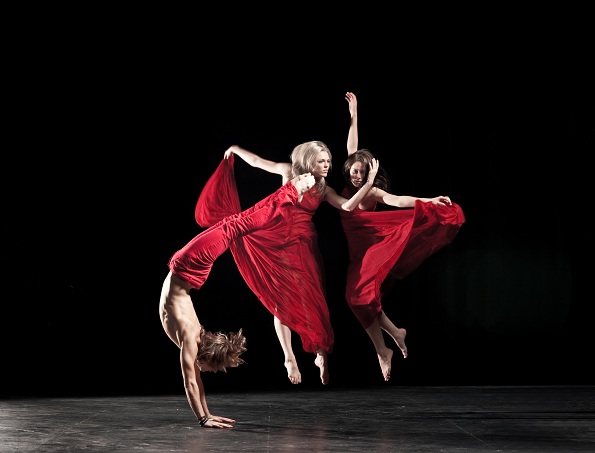 Pre-eminent choreographer and award-winning writer Douglas Wright’s work rapt is set to be performed in The Hague at the prestigious Lucent Danstheater next April. Douglas Wright Dance is initiating a fundraising drive to raise $35k NZD to realise the project.

The invitation has come from one of the world’s largest dance festivals, Holland Dance in conjunction with Lucent Danstheater, home to the world famous Nederlands Dans Theater. It is unique for a New Zealand company to achieve the chance to perform on this prominent dance stage.

The project has received major funding support from Creative New Zealand, however the challenging economic environment and significant size and scale of rapt means that the total cost of the rehearsal period and tour cannot be covered by performance fees and Creative New Zealand funding alone.

People can donate from as little as $10 by visiting www.pozible.com/rapt.  A number of donation tiers with acknowledgement benefits have been created as a means to say thank you to supporters. These include personally signed Douglas Wright books as well as an opportunity to attend a rehearsal of rapt in Auckland before the company departs for Holland.

After 25 years at the helm of Footnote Dance Company, Deirdre Tarrant announced earlier this year that she was retiring from the post. It has recently been announced that Malia Johnston will assume directorship in 2013. An award-winning choreographer, Malia is also currently Artistic Director of the Brancott Estate World of Wearable Arts Awards Show (WOW). She also runs Rifleman Productions and is a regular guest tutor of choreography and technique at both New Zealand School of Dance and Unitec.

Java Dance Company is continuing to have a great year. Out of 923 shows at the Adelaide Fringe Festival, Java’s Back of the Bus was ranked 5th best. They’ll be back in Australia next month when they bring the show to Perth, for the Awesome International Arts Festival for Bright Young Things.

Java has also recently been commissioned to make a new show for 3-14 year olds for the Capital E International Arts Festival in Wellington.

New Zealand School of Dance third year students, due to graduate in November, are already receiving company contracts and offers for next year.

Contemporary students Samantha Hines and Matt Roffe will join Australian Dance Theatre on full-time contracts, dancing alongside 2011 NZSD graduate Zoe Dunwoodie, who is already with the company. Their classmate James Pham has taken up a position with Chunky Move. He will perform in the company’s upcoming season at the Melbourne International Arts Festival.