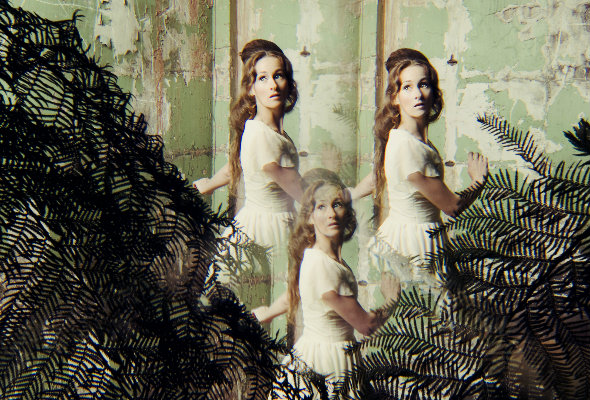 Boasting three ballets, across three decades, from three choreographic giants, The Australian Ballet’s Icons may have been a trip down memory lane for some; for others, a thrilling history lesson. While each ballet carries a definite aura of its respective era, each has nonetheless retained its relevance and its freshness.

Kicking off the triple bill was Sir Robert Helpmann’s The Display. The first original work to be created by Australian artists for the Ballet company, it has a distinctly Australian flavour, with its bird calls, bush setting and footy-throwing. The Display caused quite a scandal when it premiered in 1964 and was subsequently labelled a ‘sex ballet’. With its depictions of physical and sexual violence it is easy to see why; even today’s practically unshockable audience might find it stirring.

But with all its beer-swilling, chest-puffing and aggression, The Display is an exceptionally beautiful ballet. Sidney Nolan’s design draws us into a lush, wild world, equal parts serene and sinister. Madeleine Eastoe danced the role of The Female with established perfection. Fluttery and birdlike, she reflected the themes of the ballet and its investigation of the lyrebird. Both Rudy Hawkes and Kevin Jackson, as The Leader and The Outsider respectively, brought depth and intensity to their characters.

Glen Tetley’s 1973 work Gemini strips everything away to reveal the dancers’ pure athleticism. Set to Hans Werner Henze’s Symphony No. 3, Gemini fuses the techniques of classical ballet and American modern dance. Lucinda Dunn, Ty King-Wall, Robyn Hendricks and Andrew Killian performed with precision throughout. Despite being a marathon of technicality, Gemini is an engaging work, almost hypnotic with its constant, seamless morphing from one shape to another. Nadine Baylis’ simple but magnificent set further intensifies the illusion.

From narrative to the abstract and back again – the final work of the programme rounded the evening off with humour and bittersweet sadness. Graeme Murphy’s Beyond Twelve is a story told in three movements, rendering the life of a dancer. Any person, dancer or not, can relate directly to the emotions stirred in this ballet. It portrays the relentless passage of time, the different phases of our lives and the accompanying decisions which must be made. Like life itself, Beyond Twelve is full of ups and downs, with moments of hilarity and moments of melancholy. The entire cast was wonderful, but special mention must go to Rohan Furnell and Sarah Thompson, for their comic interpretations of Mother and Sister.

The final image, of the mature dancer practicing alone on the empty stage as technicians begin to “bump out”, is one that I know will stay with me for a long time.

Photo: The Australian Ballet’s Madeleine Eastoe in The Display, photo by Jo Duck