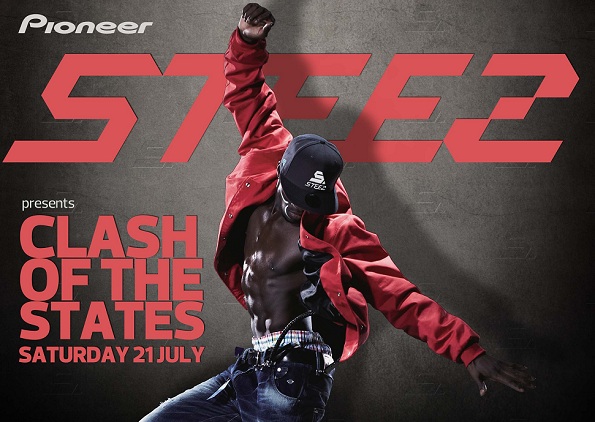 Krumping is one of hip hop’s more vibrant and controversial dance styles and Darrio Phillips is one of its big hitters, organising this month’s big Clash event.

Words like ‘inspirational’ and ‘incredible’ are far too easy to toss around in this age of adrenalised hype we find ourselves marooned in; but every now and then you meet someone who genuinely deserves the epithets.

Cue Darrio Phillips, the 59yo lifelong street dancer and the man behind the country’s biggest krump event, Clash of the States. In a culture dominated by loud-mouthed boys and maligned for its glamourisation of violence and misogyny, Phillips is hard to ignore. If Dance Informa was a music mag we’d be calling him Australia’s Godfather of Street.

However, as Phillips would no doubt jump to point out, he is not the story. July 21’s Clash event will bring together the country’s best krump exponents to battle and be inspired, because, like most hip hop styles, krump has its roots in the struggle for liberation. Born of the notorious barrios of south central LA, krump was first ignited by Christian ‘praise’ dancing. Indeed its very name tells something of its evolution: Kingdom Radically Uplifted Mighty Praise. In secular Sydney, however, American born Darrio Phillips has taken the form to a broader base. 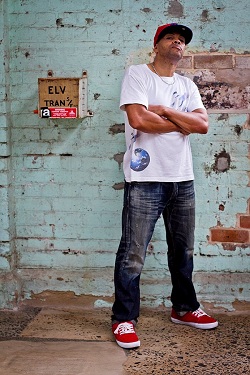 As a thirty year veteran of street dancing, Phillips remains as passionate today as when he first arrived in this country in 1981 with just $300 and an ability to breakdance. His love of krumping is just the latest manifestation of his commitment to dance.

“Most of the hip hop dancing you see is freestyle, so it gives you the chance to be you,” he explains. “I was attracted to that because it gave me a sense of freedom. It let me be ‘the act’.”

According to Phillips, krumping takes that improvisational spirit a step further. “The dance changes every day, so when you dance in a certain way you’ve gotta change it, you’ve gotta enjoy the journey,” he elaborates. “Some people want accomplishment but I like the journey of putting it together.”

With its stomping, chest pops and arm swings, krumping is often considered angry, and even self-righteous. Here, Phillips insists, an important distinction is being missed. “People say it’s an angry dance; but it’s not ‘anger’. It’s like; if you’re an angry person it’s how you express yourself,” he argues.

In fact, as Phillips duly notes, krump choreography was also inspired by the moves of Michael Jackson. “That’s why Fred Astaire said to Michael Jackson ‘you’re an angry dancer’. It’s not that you hate people, it’s just how you come out.”

All arguments aside, street dancing has clearly come a long way from its frequently disenfranchised roots. At fifty nine, Darrio Phillips ponders his many years spent dancing and teaching the various styles that make up the hip hop family. “When I first came into street dancing people hated it because there was nothing but jazz dancing and ballet. They thought it was garbage; now it’s everywhere. It’s the same for krump. People hated it; but it’s like I say – ‘if you stick at it and it’s the truth, people will come round’.”

That word, truth, features heavily in Phillips’ vernacular. For him the philosophy of ‘the battle’ is more about personal growth than simple victory. “A lotta guys say, ‘I don’t battle you to beat you, I battle you to be better than I was’.”

Nonetheless, The Clash event will feature judging and genuine competition as more than sixty dancers from around the country gather to battle it out in front of one of krump’s founding fathers, LT Rapture. “The thing is, if you battle somebody it doesn’t only come from the judges it actually comes from your opponent, because your opponent has to be honest and say that he lost,” Phillips says. “Y’know, if he argues with that, what he’s doin’ basically is arguing with the truth; and when you argue with the truth it stops your growth. If you don’t take a beatin’ how are you gonna grow?”

All of this fits neatly with krump’s freestyle ethos. As Phillips points out, “If you do jazz or ballet it’s all about the lines and how you look, whereas with freestyle it’s not about that, it’s about you, about where you come from. With krump we don’t rehearse in front of mirrors because it’s about a feeling; an energy.”

Energy is certainly something that Phillips possesses. With a proud history that includes popularising street dance in this country (through numerous TV appearances and coaching the likes of Peter Andre and Jason Coleman), and working as a motivational speaker, he has done the whole nine yards and then some.

“Some people say they were pioneers but me, I was just working. I was just keeping it together, trying to work and have fun,” he recalls. “Kids say, ‘you taught me how to dance’ and I say, ‘no, you wanted to dance, you had it in you, I just told you it was okay to do it’.”

While some will no doubt scratch their heads and wonder what could possibly keep a 59yo interested in a young man’s dance, Darrio Phillips remains clear. “I keep reinventing myself constantly,” he concludes. “I always look for things that I haven’t done. I’m inspired by things I’ve never done. I mean, when I was 21 I would never have known where I would be when I was 59.”

All of which makes you wonder where he will be when he’s ninety nine!