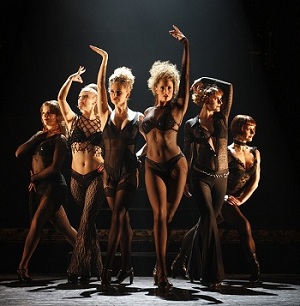 How much do you know about jazz dance icon Bob Fosse?

1. Which of the following characters would you NOT find in Chicago?

2. In the 1972 film Cabaret, Sally Bowles is a performer at what club?

3. The 1953 film Kiss Me Kate was inspired by which Shakespeare play?

4. The video for Beyonce’s Single Ladies was inspired by what Bob Fosse number?

5. Rich Man’s Frug is a number from which Fosse film and stage show?

6. In the semi-autobiographical All That Jazz, who plays the elder “Joe Gideon”, the character based on Bob Fosse?

7. As a Choreographer and Director, Fosse won nine Tony Awards and one Academy Award. What film was the Oscar for?

8. In the 1969 film Sweet Charity, who played Charity Hope Valentine?

9. Which of the following is NOT a number in The Pajama Game?

10. What moniker is given to Amos Hart in Chicago?