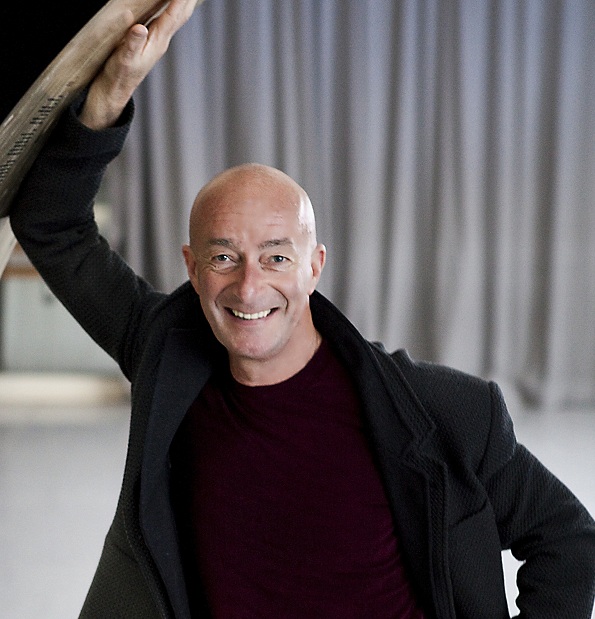 Last month, Melbourne dance students were treated to a very special experience. The Australian Institute of Classical Dance held a workshop, led by master choreographer Graeme Murphy, and his wife and Creative Associate Janet Vernon. Held at the beautiful Australian Ballet Centre studios, this was a rare chance for the next generation of dancers to learn from one of the country’s most treasured creative teams.

The workshop began with a talk by Mr. Murphy. He discussed questions such as ‘what is choreography?’, inviting answers from the dancers as well as sharing his own ideas with us. He also talked about his most recent work, The Narrative of Nothing, which is part of The Australian Ballet’s Infinity season. Having seen the show only the night before, this was for me a fantastic insight into a brilliant work. Personally, I would have been happy to sit on the Tarkett for hours and just listen to Mr. Murphy talk. He was so personable, engaging and articulate, with a sense of humour everyone warmed to.

When we did stand up, we tried a few simple group exercises, under the direction of Mr. Murphy. He instructed us to find a horizontal shape, then to turn it to face the back, moving as a group. We experimented with different levels and speeds, and with the spatial arrangement of the group. Next, we learned a very short movement sequence, which we then had to decipher in retrograde. Spread out in a line across the room, we moved through the sequence in a canon, then reversed it, and again played around with tempo. These simple exercises illustrated the effectiveness of playing with the elements of movement, and the endless possibilities available to the choreographer.

After a brief lunch break Mr. Murphy talked about the importance of linking steps; about the pathway between one movement and the next. We were asked to come up with three separate movements in only five minutes. The next instruction was to find ways to link them together to form a phrase. After some time working on this idea, we were asked to present our phrases one at a time. This was quite a daunting task for many of the younger dancers in the room. I found that a good approach was not to think about the fact that I was about to perform solo in front of Graeme Murphy and Janet Vernon. Both of them made observations on everyone’s phrases, giving feedback and asking for repetitions and variations. They were encouraging and sincere in their reactions, which was inspiring.

Although fleeting, this workshop was an unforgettable way to spend a Sunday. To meet Graeme Murphy and Janet Vernon was in itself a treat, and to gain even a fragment of insight into their working methods was of great value.