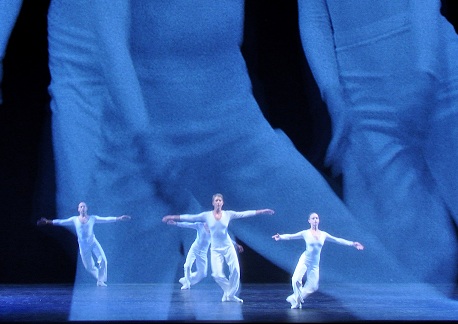 Joyous and celebratory, thought provoking and poignant, cutting-edge and contemporary – the 2012 Perth International Arts Festival program offers a feast of culture for arts lovers of all ages and persuasions, spilling across the unique venues and spaces of one of the most beautiful cities in Australia.

The Perth International Arts Festival is Australia’s original and oldest international arts festival, with a worldwide reputation for excellence. In 2012, the Festival celebrates its 60th birthday with an invigorating new vision from incoming Artistic Director Jonathan Holloway. Holloway comes to Perth from the UK, where he was Artistic Director of the Norfolk and Norwich Festival.

Of his inaugural Perth program, Holloway says,  “For many years I’ve admired the big Australian festivals which have inspired the world, and the chance to run one is fantastic. Many of the artists I’ve admired for years have said ‘yes’ to the invitation to perform in Perth. This has made me aware of the sheer joy of directing a festival in one of the most beautiful places on earth.”

The 2012 Festival kicks things off with Dawn:Dusk, the most stirring and quintessentially West Australian opening ever. As light glimmers off the ocean at Cottesloe Beach, Indigenous Elders and performers greet audiences and artists from around the world with a ‘Welcome to Country’. Hundreds of local vocalists and musicians awaken the dawn with a joyous celebration of the people, natural wonder and artistic life of WA.

The Festival brings magic, illusion and whimsy to the streets of Perth with the Australian premiere of Place des Anges from Les Studios de Cirque (France), a once-in-a-lifetime event that sees angels glide, float and careen through the air, leaving a burst of feathers in their wake before landing on St Georges Terrace in a breathtaking display that must be seen to be believed.

The theatre program traverses the spectrum from the intimate to the spectacular with a diverse selection of performances from Australia and across the globe, pushing the boundaries of theatre in all directions. From France, James Thiérrée’s La Compagnie du Hanneton combines humour, incredible physical feats and spectacular visuals in Raoul, a production of startling illusion that is operatic in scale; while in an Australian exclusive, legendary director Peter Brook turns his hand to Mozart’s comedic and adventurous A Magic Flute, in a grand culmination of his four decades at the helm of the famed Théâtre des Bouffes du Nord (France).  UK Company Propeller does Shakespeare with swagger and surprise, guts and gusto, in two exemplary productions, Henry V and The Winter’s Tale; and The National Theatre of Scotland returns to Perth with a knock-out production from the explosive world of boxing, Beautiful Burnout. At the intimate end of the spectrum, the Festival presents the Australian exclusive premiere of Oraculos, from legendary Barcelona company Teatre de los Sentidos, where one audience member at a time is led through a labyrinth of sound, smell, taste, touch and feel, a journey of perception from childhood to the present and onwards into the future.

The 2012 visual arts program welcomes two celebrated Korean artists. Choi Jeong Hwa will bring his exuberant vision to Perth with two temporary sculptures, one on the Perth foreshore and one in the grounds of UWA, along with an immersive exhibition in Gallery Central. In his first solo exhibition in Australia, U-Ram Choe will present his extraordinary kinetic sculptures.

To get you in the festival mood, the Lotterywest Festival Films kick off from 28 November, with a handpicked selection of the best of world and Australian cinema. Highlights include the Australian premiere of Beloved, a very French musical which closed the 2011 Cannes Film Festival. In Retrospect: 60 Years of Festival Films will look back over the 6 decades of the festival and screen a stand-out festival film from each decade every night for a week.

For more information and to hear about other Festival programs visit www.perthfestival.com.au