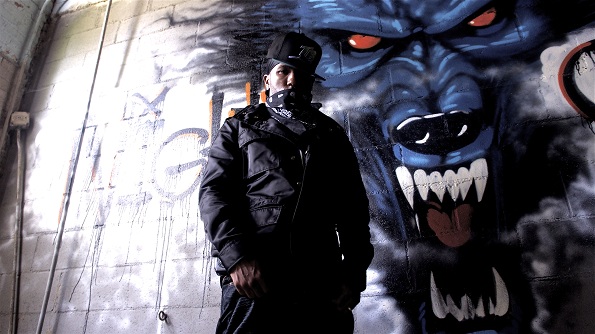 As a cultural phenomenon hip hop certainly has its detractors. Criticised for its misogyny and glamourisation of violence it nonetheless persists as a vibrant artform, whether as the predominant pop music staple or as an athletic, uplifting street dance style.

For Marco Selorio, the man behind November’s World Supremacy Battleground event in Sydney, hip hop dance is about liberation and expression. So much so that despite its obviously competitive nature it offers both the crew and the communities they represent a source of pride and uplift.

“It was pretty much born out of the streets,” Selorio explains, “So the competitive nature of it stems from that. They’re up against each other and it’s very competitive; but if they win they’ve got the bragging rights.”

Whilst that very bragging can easily lurch into excess, Selorio insists that it goes deeper than mere self-aggrandisement. “If I win that battle and I represent my team, my town, my people, there’s a real sense of achievement in that. In hip hop people really come up to represent their own block, their own city and when they go back home they go with pride and everyone celebrates that.”

At the dance crew level hip hop culture works far more directly. As Selorio explains, “A lot of these kids are focused on dance and that takes them away from drugs and alcohol; and that’s probably the biggest thing to come out of this hip hop thing.”

In his role as the head honcho of Hoopdreamz and organiser of huge events like World Supremacy Battleground, (in which over 100 crews from around the Asia Pacific region competed over two days and nights), Marco Selorio sees even more subtle positives. “It builds relationships,” he says. “I mean, they come up battle ready cos they’re pretty rugged already from the streets, these kids; but then they get a sense of family from the crews. They become close because they train every day together.”

This is perhaps never more evident than with krumping, the high energy style created by legendary US dancer and WSB celebrity judge Tight Eyez. With its jabs, chest pops, stomps and arm swings, krumping is aggressive, improvised and often very emotive.

However, far from being just a dance craze, krumping is a fully fledged faith based artform. For its creator, krumping (Kingdom Radically Uplifted Might Praise) is an antidote to poverty, street violence and dissolution. Its Christian roots and social activism remains front row centre.

As its creator says, “Krump led us to Jesus and got us saved.” Indeed, for Tight Eyez (born Ceasare Willis) that salvation was literal. Still sporting a bullet wound from an earlier run in with South Central’s notoriously trigger happy street gangs, he is now a global hip hop star and an inspiration to those who are looking for a creative path out of generational poverty and violence.

However, critics of krumping point out that its aggressiveness is simply a commodification of violence. In contrast, krumpers talk about the dance as a kind of ‘ghetto ballet’. It is this schism – the interplay of competitiveness and liberation – that sits at the heart of hip hop and creates its energetic, enigmatic edge.

From Marco Selorio’s perspective big ticket hip hop events like WSB have a combination effect, one in which the discipline of competition and the liberation philosophy that hip hop embodies work neatly together. “When you put those two things together it lifts people up,” he argues. “They see it as something worthwhile to work hard for and when results come their way, if they win something or get recognised, the whole community celebrates their victory.”

The fact that the competition was intensified by the presence of high profile celebrity judges like Tight Eyez, Filipino legend Lil Pat and the sensational 19 year old world champion Parris Goebel only magnifies the benefit. “It really makes these kids wanna step up,” Selorio states. “That has to be a good thing.”

Yet, despite all the talk of faith and positive uplift, hip hop remains outside the dance mainstream. This might seem strange to a generation of young dancers well used to hip hop moves as part their regular classes or even to television fed fans of shows like SYTYCD, but to Marco Selorio getting media interest is still problematic. Even a huge, celebrity judged event like World Supremacy Battleground was greeted with widespread media silence.

“Major media shies away from hip hop, at least here in Australia,” he notes. “If I was doing the World Ballet Championships then people would probably go, ‘oh wow’ and pick it up but because it’s hip hop it’s a bit of a struggle.”

Away from the glare, however, hip hop dance forms are flourishing in communities around the world. Wherever there are mean streets, there will be crews dreaming of a way out.