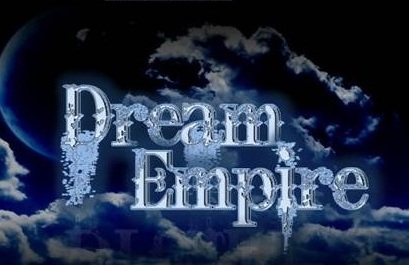 Patrick Studios Australia (PSA) has been a tour de force since the school opened its doors to dancers five years ago.  On the eve of its relocation to brand new custom made studios, PSA’s full time dancers presented their end of year showcase aptly entitled Dream Empire.  There are many institutions in Australia where budding commercial dancers and singers can cut their teeth, however there is something about Todd Patrick’s school that separates it from all others.  The calibre of talent is unquestionable, and the graduating students’ versatility and competency on stage is testament to the teachers and training of the school, but it’s the choreography and the pieces presented that stand out the most.  Patrick utilizes space better than most choreographers I have seen – using props, stairways, steps, and even aisles between the audience with great success.  Ultimately though, when I go to see a performance by PSA students, I expect to be blown away.  Luckily, after traipsing to Monash University in Clayton to catch Dream Empire, the performance did just that.

Despite being the third night in a row that PSA had presented Dream Empire, the show was sold out when I attended. The theatre was buzzing with excited punters who barely quieted in time to witness a group of dancers in riot gear march down the aisles onto the stage to the haunting sounds of Carmina Burana.  The military garb and fierceness of the dancers was in stark contrast with the other group of nighty-clad dancers on stage gliding around a series of beds.  When the groups combined, it created a powerful juxtaposition of war/violence of the military and the peace/calm of bed.  The impact of so many dancers on stage and the powerful music unfortunately became a hindrance as the lack of space seemed to stifle the dancers.  Movements became restricted and lifts were dropped.  Some moments that should have been amazing were lost in the busy choreography and frantic pace of the piece.  This happened occasionally throughout the night, but ultimately the intended “wow” factor reigned supreme.

Dream Empire showcased 28 different pieces over quite a few hours, and the dancers exhibited impressive energy throughout.  The numbers traversed the genres of hip hop, contemporary, jazz, tap, and musical theatre, and showed why PSA is so integral in training Australia and the world’s future performers.  Having said that, the dancers would do well to focus on details a little more – line shouldn’t be underestimated and flexed feet don’t look good unless choreographed that way.  Honing technique will hold them in greater stead when auditioning for coveted jobs and enable them to stand out even more.

Congratulations to all the performers and staff at Patrick Studios Australia. I left the theatre utterly impressed as usual.  Boy, can those kids dance.