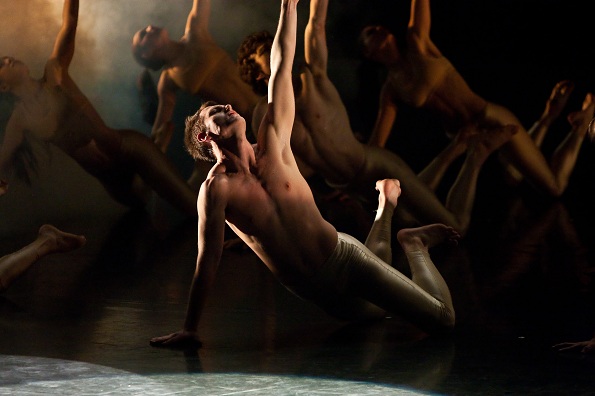 Melbourne’s Fringe Festival is now underway, and as always we are spoilt for choice. In the final week of the festival, freelance choreographer Melenie Crowe is presenting Duality, a double bill of contemporary dance. Last time Crowe brought a show to the Fringe (2006), she was the recipient of the Dance & Movement Award, so you can bet this one will be a show not to be missed. Here Melenie sheds light on her Fringe production.

How different are the two pieces in Duality?

They are vastly different! Gretchen’s Mind is about the private landscape of the mind and the inner turmoil and anguish experienced by an individual suffering from mental illness. Alternately, Evolution/Devolution is more based on an exploration of movement, shape and form.

What do you enjoy about working across such different genres?

For me it’s about the challenge of it all. I have a background in both theatre and dance and have worked across these genres for the last 15 years.

How long have you been working on this particular production?

I started looking for dancers in June and held two auditions; one at the end of June and one in July. We began rehearsing in August, so by the time we open in October I will have been working with the dancers for two months in the studio. I’ve been working by myself, in a preparation and producing role since the beginning of May. So that’s five months in total.

What has been one of the biggest challenges?

When were these works first performed?

Both works were first premiered at the National Theatre. Evolution/Devolution was presented in 2007 and Gretchen’s Mind in 2009.

Are they very different now than from their original versions?

The initial concepts have been presented before but have been substantially reworked with my current dancers. In Gretchen’s Mind I have been able to explore a much darker element to the work and have been able to direct the dancers and develop new material in most of the sections. Evolution/Devolution has been changed slightly, as the physical partnering sections have had to be re-worked. It was originally a 40 minute work and I have reduced it to 20 minutes for the season.

Who do you think Duality will appeal to?

Everyone in some way, as I have two vastly different works on the bill. Evolution/Devolution is a fast-paced, energetic explosion of movement to quite intense orchestral and electronic ambient soundscapes. It’s high energy, unlike Gretchen’s Mind, which kind of takes you on a journey with the protagonist. There are moments where I hope people will laugh out loud – and then there are the ‘David Lynch’ moments!

In order to challenge myself, I aim to take on a different approach within each work – ranging from pure movement to narrative. With an adherence to pure choreography, my broad aim is to create new, innovative works, focusing on the fusion of theatrical styles to evoke a different dance expression. I’m hoping the audience will appreciate the strength and stamina required by the dancers to execute the movements. I want the audience to be with the dancers every step of the way and to be left feeling charged and maybe want to go out and dance!

You have worked a lot in London; how do you find the dance climate here as opposed to there?

London is a big place and therefore the audiences are larger. There is so much going on and so many people coming in and out of the country that you get this melting pot of artists with a vast range of experiences, which is great when you’re in a studio working alongside one another. Australia is still considered by many as being so far away from everything, but it’s good to see that is changing, although slowly, with higher levels of exporting and importing in dance happening these days. However, it was interesting to watch the hype and buzz having NDT here in Melbourne recently!  Dancers and choreographers soaked them up like a sponge and we certainly needed that. Being given the chance to meet Paul Lightfoot and talk with him while he was here just reminded me of our distance. In London, one night I went along to a triple bill at Sadler’s Wells and on the bill was Wayne McGregor’s Random Dance Company, and two of Shen Wei’s works. It cost me five pounds. You just can’t get that here!

What sorts of things inspire your work?

At the moment it’s the neo-noir style of David Lynch films – those moments that simply exist without having to scream it out loud and be obvious. That they can make you continue to think about them for days after is totally inspiring.

What advice can you give to budding choreographers?

Work with as many different people as you can, see as much dance as you can possibly afford and know that the dance community should be there to support one another.