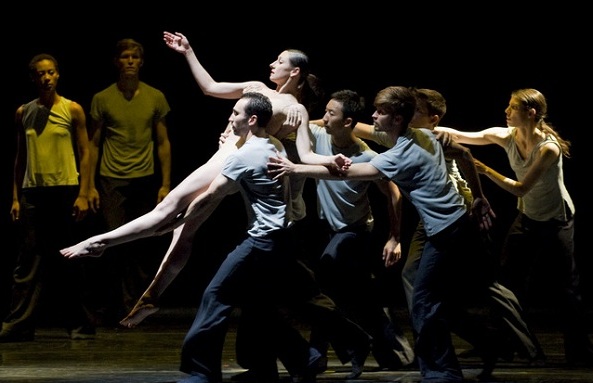 Melbourne was honoured to host the iconic Nederlands Dans Theater 1 (NDT1) for an exclusive season at the Arts Centre. For over 50 years the company has been one of the most important forces in dance – and indeed the wider arts world – and it shows no signs of relinquishing its powerful influence.

Nederlands Dans Theater – which includes NDT1 and NDT2 – is now under the artistic direction of Jim Vincent, himself a former dancer with the company. In 2009, Vincent took up the coveted post once held by, amongst others, Hans van Manen and later, Jiri Kylian, who led the company during its heyday. Kylian’s name remains synonymous with NDT; he created a style and vocabulary for which the company became internationally respected and instantly distinguishable. The master choreographer also leaves in his wake a rich repertoire, one example of which Melbourne audiences witnessed, Double You, during the company’s recent visit. 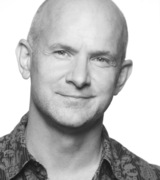 Vincent seems a wise choice for the critical role of NDT’s Artistic Director. Having danced with the company for 12 years under Kylian, he has an intrinsic understanding of its core values and says of his appointment “it’s like coming home”. While keeping true to the original objectives – “to push the art-form and support and nurture our resident choreographers and artists” – he recognises the importance of moving the company forward.

The current structure comprises the core company, NDT 1, and the mentorship company, NDT2 – a ‘breeding ground’ of 16 immensely talented emerging dancers up to the age of 23. Vincent’s vision for NDT goes beyond these two companies, in his quest to impact the art-form on a more fundamental level. He has introduced a third aspect, named simply ‘The Project by Nederlands Dans Theater’. “It’s an opportunity for us to do a bit of what every other field and medium goes through, which is research and development,” says Vincent. “We’ve rarely given ourselves that luxury and I think it’s important for us to determine just as much about what we don’t want to do and where we don’t want to go, as it is the opportunity to create and to have clarity”.

The Project aims to “push dance out of its traditional equation” by blending with other fields, for example technology, science, medicine, fashion, architecture and music. It’s an opportunity not only to impact the art of dance, but to open dance up to a wider audience. Or, as Vincent articulates, “to break out of the microcosm of people already affiliated with dance and look to other fields to give relevance to movement as a form of designer expression, to people who don’t necessarily consider it as such”.

One could be forgiven for thinking that such an established, yet progressive, company would be at least partly immune to drastic reductions of state funding. The international dance community was shocked then, to learn of recent suggested funding cuts to NDT. The Dutch Council for Culture proposed a 40-50% reduction of funding, and that NDT be effectively demoted to a classification of ‘regional amenity’. This would have reduced touring primarily to towns in Holland, with occasional visits overseas. As Vincent says, NDT is “anything but” a regional amenity – it is the figurehead of Dutch modern dance and a cultural ambassador, revered the world over. That message needed to be sent to parliament, and quickly, and was done so, largely through a petition issued to the world just days after the Council’s proposition. Vincent believes the 10,000 signatures gathered worldwide were a huge influence on State Secretary for Culture Halbe Zijlstra, who did not adhere to the Council’s advice of drastic cuts and re-classification. NDT instead received generic 5% cuts, and maintains its top position, but Vincent says the wider dance landscape in Holland will be “completely turned on its head”, forced to look elsewhere for funding. 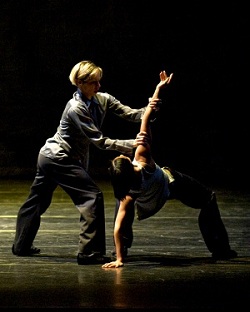 That NDT was able to amass so much support so quickly is testament both to their great international standing, the spirit of community which unites them as a company, and with the greater world of dance. Of the 45 dancers in NDT1 and NDT2 today, there are in excess of 20 nationalities. As Vincent says, “that is some indication of the collective effort that is required, because it is one of tolerance. We are a family, and that’s a tradition that has continued on through the company’s history”.

NDT has had, from its inception in 1959, a rebellious nature. Born of a bunch of dancers breaking free from the Nederlands Ballet in pursuit of a new form of expression, it is its reputation as leader, not follower, which has made it the formidable voice it continues to be today. “You can’t take a company’s importance or acclaim away from it – it already has that,” says Vincent. “So if you decide to shift the gears for us and redirect us, that’s one thing, but you cannot take away what the company has accomplished in the last 51 years”.