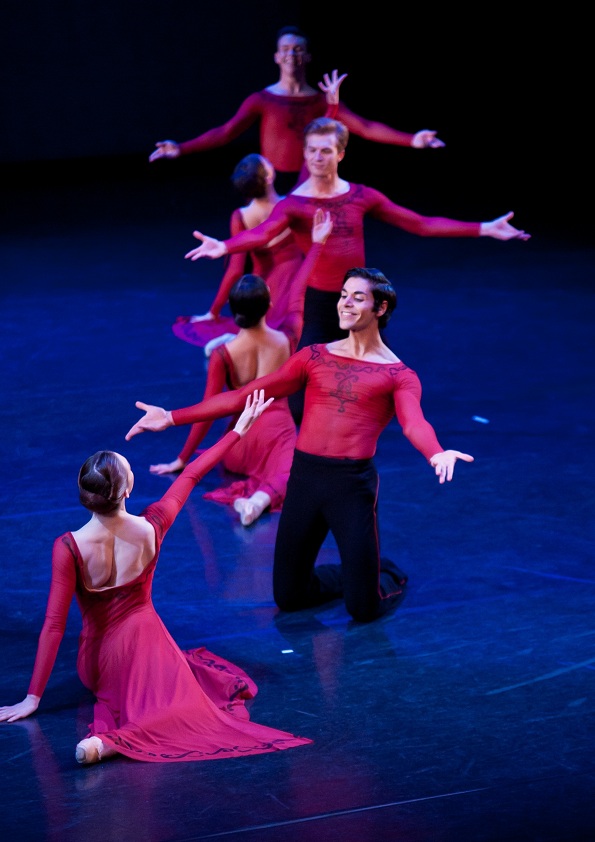 And the winners are…

The winners of this year’s Australian Dance Awards were announced on Sunday July 24 in a ceremony at the Queensland Performing Arts Centre.

The annual Australian Dance Awards recognise and reward professional Australian dance artists who have made an outstanding contribution to dance in the previous year. The Awards are presented in an evening of performance and celebration that showcases some of Australia’s outstanding dancers and dance works.

Ten Awards were given, as well as the special induction of Keith Bain OAM into the Hall of Fame. An outstanding teacher and performer, Keith danced with the Bodenwieser Ballet, founded the Australasian Teachers of Contemporary Dance (CDA), the Society of Dance Artists (SODA), the Dancer’s Picnic (forerunner to the Australian Dance Awards), and is a founding member of Ausdance. Keith is a recipient of two Australian Dance Awards: for Services to Dance Education (2003) and for Lifetime Achievement (1999).  Keith established, and was for many years, head of movement studies at the National Institute of Dramatic Arts (NIDA).

Initiated in 1986 by Keith Bain as a Dancers’ Picnic, the Awards have grown to become the major event in the national dance calendar bringing prestige to nominees and winners alike.

The winners of a 2011 Australian Dance Awards:

Lifetime Achievement
Robina Beard OAM
Robina Beard was awarded an OAM earlier this year for her services to the arts, particularly through dance, and she has had a long-standing relationship with the Australian Dance Awards, Ausdance and the Cecchetti Society. Robina has excelled in many different roles throughout her life as a dancer, performer, director, choreographer, teacher and advisor. She has been passionately committed to raising the standards of both performance and teaching in this country and has a long-standing commitment to developing and supporting Indigenous dance. She has worked extensively on television in musical, dramatic and comedy series, and was well known for her long-running series of commercials as “Madge” the manicurist for Palmolive dishwashing liquid.

Services to Dance Education
Valda Craig, one of Australia’s leading dance educators and advocates for over 40 years

Outstanding Achievement in Independent Dance
Narelle Benjamin for In Glass

Dance Informa was the proud Major Media Sponsor for the 2011 Australian Dance Awards.