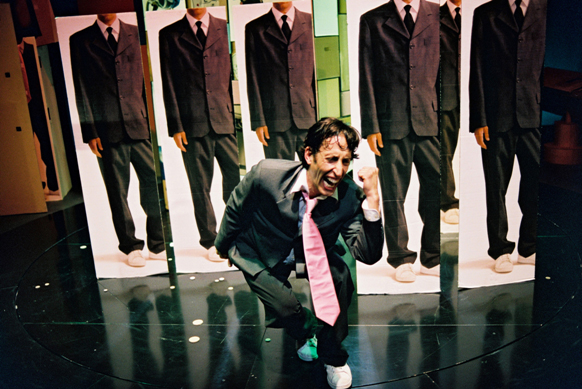 Swiss performance duo Zimmermann & de Perrot are regarded as the most successful physical theatre company in the world.  Mikhail Baryshnikov saw them at the 2008 Pina Bausch Festival and booked them for his own theatre. In GAFF AFF they create a world that revolves quite literally on a turntable.  Like a modern Buster Keaton, rubber-limbed circus artist Martin Zimmermann navigates his way through a day’s existence to the music of Dimitri de Perrot’s live soundscape.

The beat of their tapping feet has reverberated around the world for 15 years, and now Australia’s Tap Dogs is returning home for a strictly limited season.

The internationally acclaimed dance sensation has won 11 major international awards. Tap Dogs combines the strength and power of workmen with the precision and talent of tap dancing, and has been seen by over 11 million people worldwide and performed in 330 cities, and 37 countries across the globe.