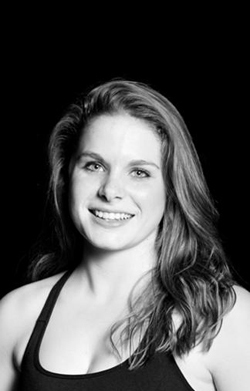 My adventure to The Rotterdam Dance Academy,
The Netherlands.
By Madeline Harms.

Dear Readers,
My name is Madeline Harms and I am a student at The Rotterdam Dance Academy, The Netherlands. I recently graduated from The Victorian College of the Arts Secondary School, Melbourne, and I’d love to tell you about studying in the Netherlands and how I came to be here.

I grew up in Mt Gambier in country South Australia, where I studied dance under the direction of Maxine Lockwood. During 2005, I auditioned for The Victorian College of the Arts Secondary School (VCASS) where my older sister, Anna, had been studying for 2 years. My family and I moved to Melbourne to join Anna in the beginning of 2006, and I began year 9 at VCASS.

This past year has been a rollercoaster ride. Getting through year 12 and trying to plan what I was doing afterwards was not an easy process. With my eyes set on the New Zealand School of Dance, I had not put a lot of thought into what I would do if this plan fell through. So, when it did, I was left without a concrete plan and it was a scary thought, but I was told that when one door closes, another will open, and sure enough it did.

When my sister, Anna, graduated from VCASS in 2006, she headed straight to the Rudra Ecole Bejart School, in Lausanne, Switzerland. Having her heart set on Europe, she worked hard and made it happen. After spending two years there, she found her first job in the ballet company of Die Theatre Chemnitz, Germany, and is now going into her third year there.

One evening whilst speaking to her on the phone, telling her of my disappointment and worries for the next year, she said ‘Maddy, come to Europe, I will pay for your plane ticket’. At first I thought this wasn’t possible, however after many discussions with my parents, it seemed the right thing to do. In Europe there is a huge arts scene and to be in a culture where you are supported by such a large community is really exciting.

Over the next couple of months I did my research and got in touch with various schools across Europe, including the Rambert School of Ballet and Contemporary Dance in London, the London School of Contemporary Dance (The Place), Rudra Ecole Bejart in Switzerland, and The Rotterdam Dance Academy at The University of Codarts, The Netherlands. The necessary arrangements were made and it was agreed that I could either audition privately or join in with the early audition dates. So six weeks after I graduated, I had booked my tickets and was off to Europe in early January 2010! I travelled on my own, first to my sister’s home in Germany, and then to The Netherlands, Switzerland, France, and finally London, England. What an eye-opening and enriching experience! I met many interesting people from all over the world; some I still even keep in contact with. It was quite daunting to travel on my own, but I felt safe.

Whilst in Europe I looked at small ballet/contemporary companies to experience what it was like. My Mum had bought me the ‘Dance Europe Book of Dance Companies’ earlier in the year, so with that by my side, I emailed my CV and cover letter to a variety of different companies, explaining my background, and when and why I was coming to Europe,.

When applying to audition for companies or schools, you just have to go for it. You can’t be afraid of how they will judge you because this is how you figure out where you belong. If they give you an audition or place, that’s great! If they don’t, it isn’t necessarily a reflection of you as a dancer, it can be purely because of the amount of experience you’ve had or what training you have done. This is how you find out what you need to do to get into the industry and it allows you to narrow down your choices.

For me, I realised that I wasn’t quite ready for a professional job just yet, both physically and mentally. I felt I still needed time to enhance my technical abilities and develop myself as an artist. Over the past year I had discovered that my passion lay in contemporary/modern dance, and I felt that I needed more experience in this area. I was able to narrow down my search to full-time schools with intense modern training and repertoire, as well as training in ballet and other styles.

This is how I decided to accept my place at The Rotterdam Dance Academy, at Codarts University. I was accepted into the third year, of a four year Bachelor Degree, which will allow me to do two full-time years of pre-professional training whilst still obtaining a Bachelor degree. I struggled to decide between The London Contemporary Dance School, Rambert School of Ballet and Contemporary Dance, and The Rotterdam Dance Academy. However, after researching all three schools in detail, seeking advice, and looking at financial and personal positions, my family and I decided that this was the best place for me to be.

What particularly attracted me to Rotterdam was the large amount of new and existing repertoire taught, and the range of guest choreographers and teachers coming into the school, with greats such as Jiri Kylian and William Forsythe being among the many!

By this time, I had accepted a place at The Victorian College of the Arts, a faculty of the University of Melbourne, as I was not sure what would unfold overseas. I began the course there as soon as I arrived home from Europe in March 2010 and completed the first semester in July. In the end, it became a struggle to decide whether or not to leave Australia. I was enjoying the course, the student life, being with my friends, and my family. But with the support of my family, friends, and teachers I decided to grasp the opportunity whilst I could. I needed to be pushed out of my comfort zone, and studying on the other side of the world would definitely do this!

I am fortunate to have been given a scholarship, to cover some of my living costs, from The Pierino Ambrosoli Foundation, a philanthropic  institution based in Switzerland,  (www.ambrosoli.org). They do amazing work supporting young professional musicians and dancers to study at recognised schools all over the world.

I have now been here for just over three weeks and I am beginning to settle into the school, the city and living independently. I am feeling more comfortable everyday and I am very excited by it all. The Netherlands is a beautiful country and the people are so friendly. Seeing the Netherlands Dance Theatre perform live for the first time last weekend was an incredible reminder of why I chose to come here.

It is a very big change in my life, but I guess I am on to the next stage; who knows what it may bring?