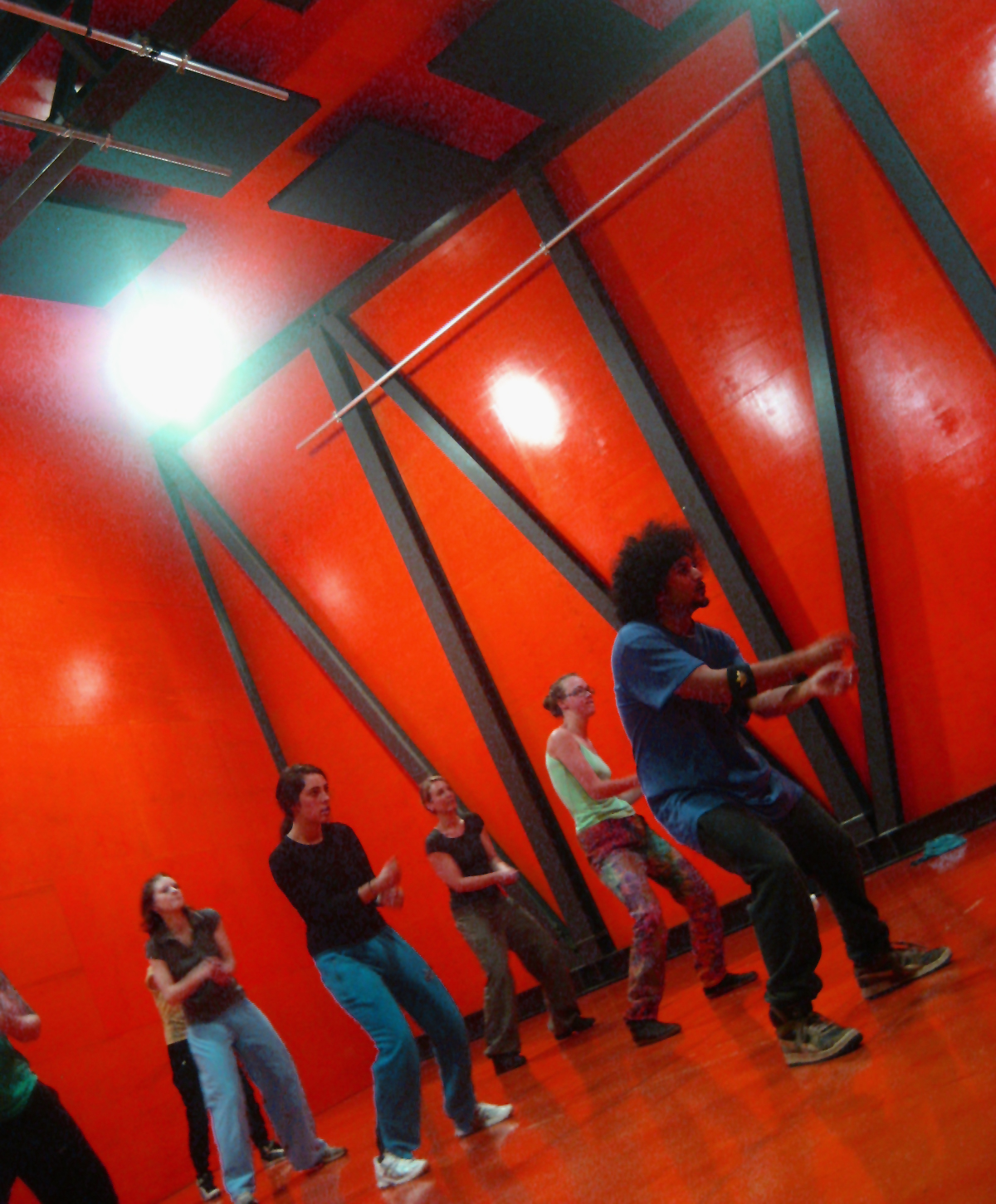 Public classes are now very much part of the new dance democracy in Australia and Chunky Move are still at the cutting edge.

So, you think you can dance? Well, you probably can.

Me, I’m what a dance trained friend of mine calls a ‘lower case’ dancer. That’s dance, not Dance. However, my optimistic ineptitude did not preclude me from attending public classes with Melbourne based contemporary superstars Chunky Move.

In this world of tabloid TV dance-offs the Upper Case Dance world has flung open its doors to goofy footed fools like me. Indeed, public classes are now almost de rigueur for the once aloof dance companies of Australia. Is this the democratisation of dance?

“Dance shouldn’t be exclusive or alienate people,” proclaims Kristy Ayres from the aforementioned Chunky Move. “If anything, it should be something that unlocks people’s inhibitions.”

Some people might find this assertion strange coming from a company that has carved a global niche for its technically exquisite, often avant garde works. However, those same people should bear in mind that Chunky Move started doing public classes eight years ago, long before they were the vogue.

“The way that the community has grown around the company and extended through this programme really stands out to me,” Ayres adds. “It’s helping to educate and excite people about contemporary dance, about the company and also to get the idea out there that this is accessible to everyone.”

As if to underscore this, Chunky have now added a hip hop stream to their weekly schedule of ‘drop in’ classes. “Some people are just into the vibe of wanting to put their trainers on, turn on some slamming RnB and muck around.”

And that, of course, is the point. Public classes are not so much about talent scouting and certificate courses but the fun and fitness of movement. Yes, my Thursday night contemporary class was routinely filled with obviously trained young girls, (not such an awful thing in my view), but my fumbling approximations were not the subject of scorn or exclusion, (at least as far as I could tell).

Having said that; it’s not exactly amateur hour. Indeed, one group of long term Chunky students have been inspired enough to start their own company. As Kristy Ayres proudly notes, “They’re just about to apply for funding because they want to start making some of their own independent work. That’s an amazing outcome and it really inspires me to stay involved in the programme.”

What public classes also provide companies like Chunky Move and dancers like Ayres is not only another income stream but an invaluable connect point with potential audiences. “It’s like a viral infection,” she says. “It gives people a different way into the contemporary dance world “

In recent years the big ‘way in’ has been the explosion of dance TV. People who would never dream of attending a Chunky Move show routinely devour small screen choreography.

“Even though my taste isn’t within the realm of something like Dancing With The Stars I would never discourage it because anything that is going to promote the form, get it into the public’s attention and parallel it along with sport in this country is fantastic,” Kristy Ayres enthusiastically concludes.

After all, as the Chunky Move promo postcard says, ‘there’s a dancer in all of us’.