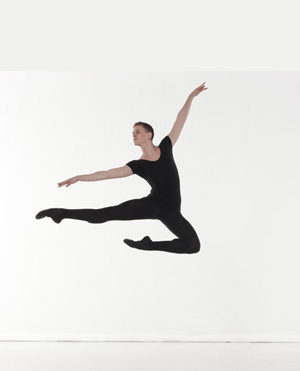 The hard work has paid off for Australian dancer Duncan Lyle, who recently scored a contract as a corps de ballet member of Boston Ballet. It’s not the first time he has received great news. Three years ago, at just seventeen years old, Duncan successfully auditioned for a place at the Royal Ballet School in London, where he moved after having spent his entire life in the Melbourne suburb of Kew. Dance Informa’s Grace Edwards speaks to Duncan about his exciting journey into some of the highest spheres in the realm of ballet.

What was it about Boston Ballet that made you audition in the first place?
I’ve always wanted to dance overseas and especially in America because it’s such an exciting place, full of so many opportunities!

Boston Ballet has a great reputation and it was easy to audition for them as they held auditions throughout Europe. I think it’s going to open up many doors for me, and dancing in the US is going to push me to become a better dancer.

What was the audition process like?
The Boston Ballet was holding open auditions throughout Europe, and I attended the audition in Amsterdam. I think there were three classes throughout the day, and I was in the second class.

We just did a class for the director, but he cut a fair few people after centre work and I was lucky enough to be the only boy to make it to Allegro. We then had to speak to Mr Nissinen, and he offered me a contract with Boston Ballet II [a pre-professional programme in residence at Boston Ballet]. I was ecstatic! I had an audition with Dutch National Ballet the next day but all that was on my mind was going to Boston Ballet II.

A couple of weeks later, I got a phone call telling me a place had opened up in the corps de ballet of the Boston Ballet, and they offered me the place! 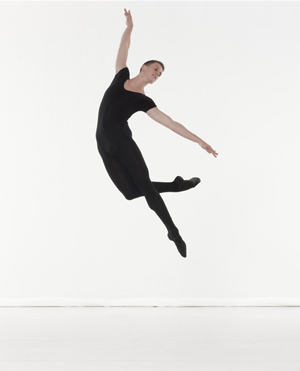 Wow, how exciting to be living your dream! But it will not be your first move overseas. How did you end up in London at the Royal Ballet School?
A lady who was taking one of my ballet exams suggested to me that I should audition for the Royal Ballet School and arranged for me to go over to London and take class in January. I was lucky enough to be accepted and started in September!

You had lived in Kew your whole life before you moved to London at just seventeen. Was the transition hard?
It was actually a lot easier than I thought it was going to be. I was scared of the fact that I was going into a situation I didn’t know and wasn’t comfortable with. Once I got there and got into the swing of things it was fine and I made some really great friends with the people in my year.

What is the most difficult aspect of life as a ballet dancer?
As a dancer you’re always getting scrutinised as it’s the only way you can improve. So it’s always a great feeling when you get the rare compliment or score a good role. It’s only through perseverance that you get the rewards.

What do you think is the most important piece of advice you’ve ever been given with regards to your dance career?
“Perspective”. David Peden [former soloist of the Royal Ballet and teacher at the Royal Ballet School] always says this when he can tell someone is down. Think about the rest of the world – there are starving children in Africa, so there’s no point getting frustrated over your pirouettes.

Outside of ballet, do you have any other passions? What career do you think you might have ended up in, if not ballet?
I really love music. I spend a fair bit of my spare time arranging and composing music so I think I would probably follow that path if it I hadn’t had ballet.

Where do you see yourself in five years?
Working hard!

Congratulations Duncan! All of us here at Dance Informa wish you the best with your career. No doubt we will be hearing more about you in the years to come.