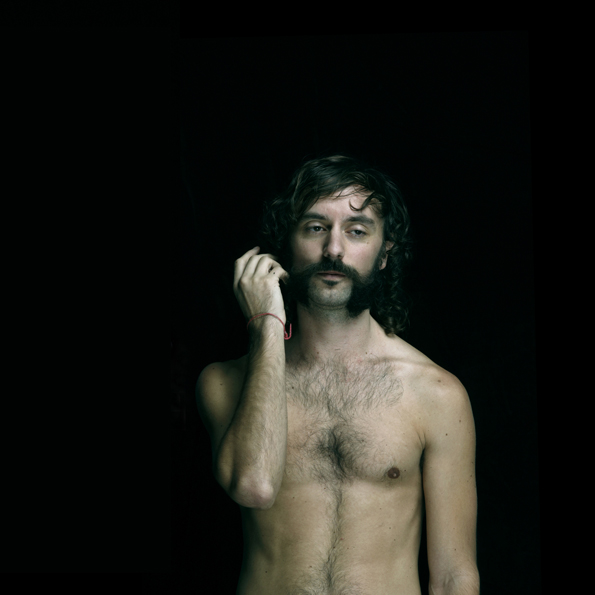 A Tasmanian based in Melbourne, Australia, Luke George is a performer, collaborator, choreographer, teacher and curator. Earlier this year, Luke was nominated at the Australian Dance Awards in the category of ‘Outstanding Achievement in Independent Dance’.

As a performer, Luke has been fortunate to work with Gideon Obarzanek and Chunky Move, Phillip Adams’ BalletLab, Jo Lloyd, Stephanie Lake, Frances d’Ath, Shelley Lassica, Jerril Rechter, ITOH Kim (Tokyo), Miguel Gutierrez (New York) and Deborah Hay (Texas). He has performed and toured in Australia, Europe, Asia and North America and teaches dance classes and workshops across the world. Luke has been on the curatorial panel for the Next Wave festival and he currently co-facilitates First Run, hosted by Lucy Guerin Inc.

“Luke George in particular is a commitment machine, throwing himself into the most difficult of places performatively, he endangers all for the sake of the work and I love the journey of that risk and am willing to take it with him time and time again.”
– Martyn Coutts, dramaturge for NOW NOW NOW

What inspired you to start dancing and how old were you when you started?
I saw a performance by Stompin, the youth dance company in Launceston Tasmania (of which I later became Artistic Director 2002-2008). It was a contemporary dance performance with about 30 young performers in an old abandoned wool factory. I was doing some acting in a youth theatre company at the time and I remember feeling like theatre just wasn’t enough. Then I saw this amazing show which was so raw, real and powerful and it communicated through a whole different language which I felt I connected to.  Very soon after I started dance classes at high school and then was asked to join Stompin as one of their dancers.  It grew from there.  I was 15 at the time.

How did you find the dance culture in Tasmania?
People are definitely interested in dance in Tassie, particularly in Launceston because of the weight of activity happening there like Stompin and Tasdance. Audiences have been strong for a long time. The stuff that’s happening is incredibly varied and keeps changing. Stompin was my touchstone for dance in Tassie so I have to put that at the forefront and over the years literally hundreds of young dancers have performed with the company. Tasdance is going strong and they work with excellent professional dancers and schools. There is a large culture of dance schools and there are heaps of training, concerts and eisteddfods happening all the time. Rock Eisteddfod used to be huge but not so much anymore, which makes me wonder if the interest in high schools for dance has dropped off a little. Not every high school has a dedicated dance subject, but there is a presence there. There aren’t many emerging artists making their own work in Tassie, which is a definite lacking.

You have worked with some amazing choreographers and travelled extensively as a performer.  Are there any particular highlights or lowlights you would like to share?
Highlights: Performing my work Lifesize in New York City with Kevin Bacon and Kyra Sedgwick in the audience – I totally had a footloose moment! Another highlight was meeting and working with NYC choreographer Miguel Gutierrez in 2007 who is about to return to Melbourne for a new project we are doing together.
Lowlight: On my very first professional gig, doing an international tour with Chunky Move, I missed my connecting flight in Kuala Lumpur airport and had to find a hotel to stay in for two days until I could get on another flight.  Oops.  It was also my 21st birthday.  Hmmmmm…

Tell us about the concept of Now Now Now.
NOW NOW NOW is a performance that asks the question: “Can we be ‘in the moment’?” I am making dance and performance work that explores ideas about energy, time and consciousness through live experiments, live attempts. My aim is to magnify the audience/performer relationship and question the ‘realness’ of performance and how we are in the world. In NOW NOW NOW the performers are not characters representing a greater humanity or society, rather we are ourselves and this performance is a genuine attempt at the question “can we be in the moment?” We invite an audience to experience that with us.

How has it been putting the piece together?
Wonderful, exhausting, hilarious and terrifying, and I never want it to end! The dancers Kristy Ayre and Timothy Harvey have been incredible to work with.  They are such professionals and give their absolute all, reaching deep down to find and give the truth of themselves and electric physical performances. I could not have made this piece, even considered it, without them. I started making this piece in July 2008 and we have had 4 separate developments for it! I’ve really tried to find what it is I’m interested in making and to be true to those intentions, and to try something different to works I’ve made or been in previously. That has been quite a rigorous and fantastic journey.

What is next for Luke George?
As I mentioned, I am about to start a new project with NYC choreographer Miguel Gutierrez who is my soul brother in art and a totally fabulous world famous artist now. I am very excited about that.  After that I tour with BalletLab to New York with a performance called Miracle we premiered last year. I will stay in NYC for a few weeks to catch shows and do some dance classes. After that I will work with Melbourne choreographer Jo Lloyd on a brand new piece she is making, followed by more work with BalletLab on a huge tour of a trilogy of works we will perform in Hobart in January 2011. Phew!!!! Can’t wait!