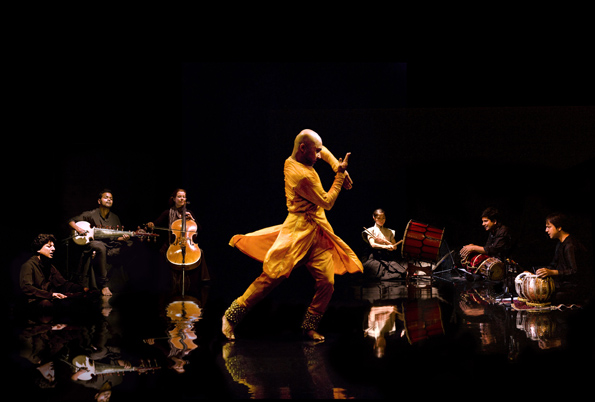 In November 2009, Khan opened the Indian-themed Svapnagata festival at Sadler’s Wells Theatre, London with Gnosis. Audiences and critics were unanimous in their praise.

‘…. Khan reminds us again that he is not only a superb dancer but also a choreographer of a rare, narrative vision.’ The Guardian, UK.

Inspired from myths and real events, including kings, queens, heroes and gods from the past and present, Gnosis deals with the themes of blindness, darkness and one’s difficulty in having a clear vision of life.

With emphasis on the idea of ‘knowledge within’ and spiritual insight into the infinite or divine, Khan returns to his classical roots in this new solo work.

The inspiration for this solo piece is two characters from the inexhaustible Indian epic, The Mahabharat, about the blind king, Dhritarashatra and his wife, Gandhari who, in an act of love and devotion, blindfolds herself to follow her husband. For the good of the kingdom, they are asked to sacrifice their sons but are unable to carry out these commands, resulting in an epic war. 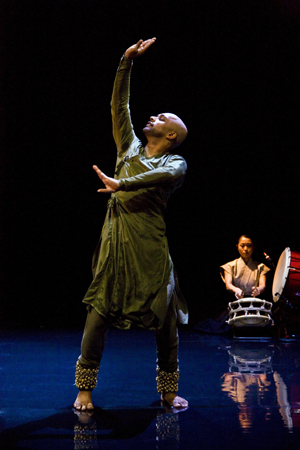 Displaying his vitality, passion and creativity for cross-cultural expression, which has been influenced by his training in Western contemporary dance and Kathak (the Indian classical genre), Khan showcases his extraordinary musicality and dance technique. ‘Jammin’ and ‘swapping’ rhythms with his six musicians, his precise and intricate footwork is complemented by his fluid arm and torso movements.

Khan presented solo performances in the 1990s, gradually developing larger scale works. Drawing on his experience as a Kathak dancer and breaking new ground in collaborations with other artists, such as ballerina Sylvie Guillem, actress Juliette Binoche and composer Nitin Sawhney, his first full-length work Kaash was presented by Sydney Opera House in 2002.

His production Ma was presented at the Edinburgh Festival and Sydney Opera House in 2004. In 2005 he was made an associate artist of Sadler’s Wells, and Zero Degrees, a collaboration with Sidi Larbi Cherkaoui, Antony Gormley and Nitin Sawhney was premiered at Sadler’s Wells in the same year and Sydney Festival in 2006. In 2005 he received an MBE for his services to dance.

GIVEAWAY!
Sydney Opera House and Dance Informa are giving you the chance to win 1 of 3 double passes to Akram Khan’s new work Gnosis.

To win tickets email your name, address and contact details to info@danceinforma.com
by 5pm Monday May 10.