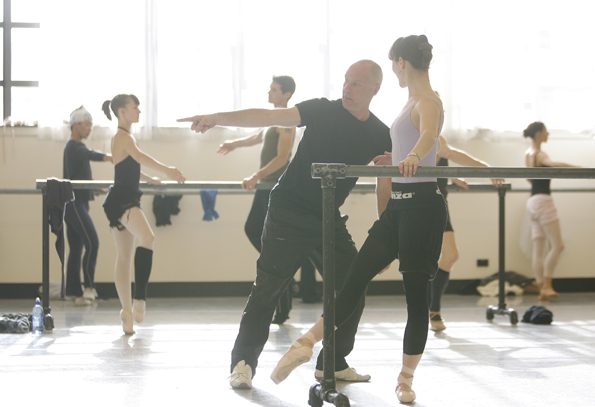 After almost a decade with the Royal New Zealand Ballet, Artistic Director Gary Harris is leaving.  He plans to step down at the end of this year, after the company’s final performance of his own version of The Nutcracker. “I’ll miss the people and the company,” he tells me, “and my mates. There’s a lot I will miss.”

So what does he intend to do next, I ask, sitting across from Harris in his office at Wellington’s St. James’ Theatre. His answer? “I really don’t know!”

A self-described jack of all trades, Harris worked as a dancer, teacher, repetiteur and designer for such companies as the London Festival Ballet and Royal Ballet before landing his current role at the RNZB in September 2001. Despite his varied background, Harris insists that being an Artistic Director was never part of his master plan.

“I just loved the company, New Zealand and all the people. I loved the company’s energy – they were like little sponges just saying ‘Oh, give me that!’ I was lucky enough to work as a guest teacher over the next few years and got to keep coming back. I was looking for a change when the Artistic Directorship came up, and I thought ‘I’ll go for it.’ It was never on my list of things to become Artistic Director, I was just interested in the company. But I got the job!” 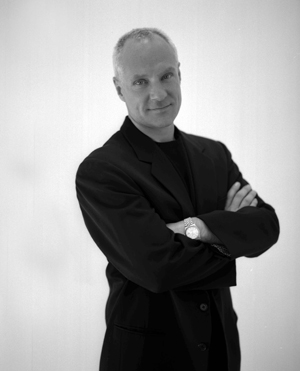 Indeed he did, and since that day the RNZB has grown and evolved to fit Harris’ vision. I ask him how he feels the company has changed under his direction. Harris replies “I think the company has more line and stretch about the look of the dancers, if that makes sense. Obviously everyone has individual things they want to see. I’m quite firm about port de bras and, you know, ways of working that they now all understand. But it was a slow process. You know, I always thought I’d do maybe six years and see how I was feeling after six years was up, but when I got there I thought ‘No, there’s still more to do.’ It really was slow, moving the company forward and changing its shape and work ethic. I mean the RNZB’s always had a good work ethic, but I suppose it was them getting used to me and me getting used to them.”

After nine years of spending almost every day at the RNZB, Harris will now have to get used to their absence. But don’t fear, Harris is not gone for good just yet. “I’m back next year anyway, because we’re doing a new production of The Sleeping Beauty which I’m designing,” he informs me. “So I’ll still be back here quite a bit!”

Harris tells me that apart from the people, what he will miss most about the RNZB is the creative freedom he enjoyed. “It’s such a good model here. It’s such a nice company – it’s well-funded, it’s well supported, it’s very well-contained and one can pretty much do what one likes in terms of programming. There’s nobody in the background saying ‘Oh no, you can’t do this’. I have everyone’s support to really pick and choose what I feel is right. Everyone just jumps on board and gets on it with such energy and passion. There’s no bureaucracy, and I think in European houses and companies there’s much more of that, so I’ll miss that aspect.”

Yet creative freedom can be a double-edged sword, as Gary found out a few years ago. “We’re pretty well-organised as a company, so there are generally no disasters. But I think the worst experience I’ve had was with The Wedding, a ballet we did, which had, I think, seven creatives on board and they all had an opinion about the work.” He adds, smiling, “and they continued to have an opinion about the work until half an hour before the curtain went up! It was a nightmare trying to placate, juggle and satisfy all of their needs and still keep a vision of what the work should be and what it was agreed to be. It drove me nuts! Now I think about it, it was just funny because we were all screaming at each other and having a right old match. I had to go find somebody at a pub and someone else had gone off on a ‘strop’ at a café and I had to pull everyone together again.” 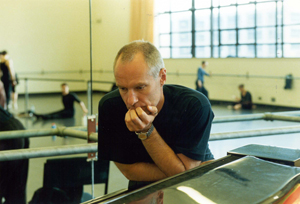 Fortunately, Harris has a sense of perspective. “Oh, you’ve got to laugh,” he cries. “I mean it’s only ballet, it’s not rocket science you know!”

Having been there through the company’s highs and lows for over a decade, Harris’ relaxed attitude is to be admired. So what does he see in the company’s future? “Let’s see, international touring to keep the standard up. More New Zealanders staying here to dance with the company, rather than wanting to run away and have careers overseas. This company really is a solid option to want to have a career in. More people coming here to train that will want to come to the company and yeah, just to keep growing and keep the reputation of the company getting out there.”

Whoever Harris’ successor may be, they will certainly be inheriting a vibrant and professional company, thanks in no small part to Harris. No doubt, we will continue to see Harris’ magic sprinkled on the RNZB for some time yet.

For information about the Royal New Zealand Ballet visit www.nzballet.org.nz