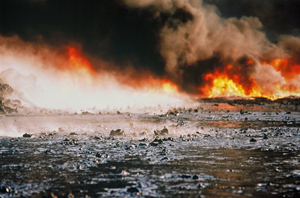 Chunky moves into the marrow with two of Europe’s brightest dance stars.
By Paul Ransom.

Erna Omarsdottir and Damien Jalet have come to the other side of the world to create a dance for the end of civilisation.

When genre defying dance company Chunky Move commissioned two of Europe’s best young contemporary choreographers to create a work for the 2009 Melbourne Festival they could scarcely have been expecting the apocalypse. With Black Marrow, however, Omarsdottir and Jalet are concocting a work steeped in eco consciousness, science and mythology.

If that sounds like challenging terrain, consider that Black Marrow is a follow on from an ambitious project the pair created in Omarsdottir’s native Iceland earlier this year. “We wanted to do something that was like black and white with these two projects,” she explains. “Here we are more speaking about the end of civilisation whereas in Iceland it was more the beginning.”

Belgian Damien Jalet picks up the thread, “It’s a bit like alpha/omega. Iceland was the origin and Australia could maybe be the end of world,” he muses. “We’ve come to the other side of the world to a place that has some common points with Iceland. Australia is a big island with a lot of pagan mythology attached to it and it’s uninhabited in the centre. And also it kind of reminds you of what the world would have looked like before civilisation, before humans developed cities and dominated nature.”

However, Omarsdottir is keen to point out that the work is not all doom and gloom, nor is it a lecture. “We are trying to do something more poetic; so the piece is not about the end of world but it’s inspired by how human beings relate to Mother Earth. But also it’s inspired by scientific facts and spirituality and mixing those two things together and creating our own personal mythology.”

Okay, so you’re probably thinking that this sounds like pretty dense material for a dance piece and the obvious next question is, given all this ‘text’ how will audiences ‘get it’? Fortunately, Omarsdottir and Jalet are well used to the challenge of creating class leading contemporary works, with the former having been awarded Best Young Dancer and Best Young Choreographer by Ballet International and the latter bringing a broad based performing arts palette to the mix. Their approach, therefore, is partly to ignore the boundaries.

“How we have been working in the last year is not thinking of the project as just a dance piece but just a piece, or an artwork,” Omarsdottir says. “One of the good things about working in contemporary dance is that it’s quite an open forum.  There are much less taboos and barriers, and you are quite free to do anything you feel like doing.”

Which is why Black Marrow will include text, song and elements of theatre? ”We want to have this freedom to say that just because it’s a dance piece we don’t only have to use physical language,” Jalet underlines. 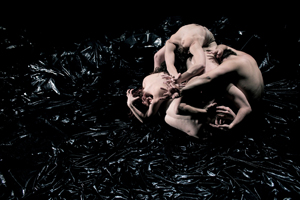 Whatever else inspires them, the very un-European landscape of Australia has certainly lit a fire under the pair. Having first come to Melbourne a couple of years ago to do workshops with Chunky Move, they were very excited to accept this year’s commission and to re-acquaint themselves.

“There’s something great about being at the other end of the world,” Jalet enthuses. “Australia, like Iceland, is a place where there is a strong wilderness and where, if you go into the wilderness you can experience something like what it was like when man didn’t control everything. It’s a kind of humility lesson.”

Even though they somewhat sheepishly confess to not have ventured beyond the city – “except on film,” Omarsdottir laughs – they are adamant that the ancient nature of the continent perfectly fits the motifs of their work.

Indeed, of dance itself, Damien Jalet argues, “It’s the first art actually and it’s very primal and we definitely play a lot with this primal aspect … People think this is dance, this is theatre, this is music but in the beginning it was all the same thing. It came all from the same source.”

Erna Omarsdottir concurs, adding, “Often it’s something you don’t have to learn. It’s in the body from birth, like when you see small children. When they hear music and beats they start doing things with their bodies by instinct.”

Here then is context for marrow; that being the innermost, the most essential, the pith. And further to that, the black marrow, Jalet contends, is oil. “It’s a very ancient, prehistoric material that’s also like the juice of ancient life forms. We use it today as like the blood of our civilisation and something that we are completely addicted to.”

For all this talk of environment and civilisation in crisis, Black Marrow still seeks to entertain, to take audiences into an instinctive space rather than a strictly intellectual one. As Erna Omarsdottir concludes, the production is “more like poetry than a political message and even though it is speaking about things which are maybe not beautiful there is still beauty in the ugliness.”