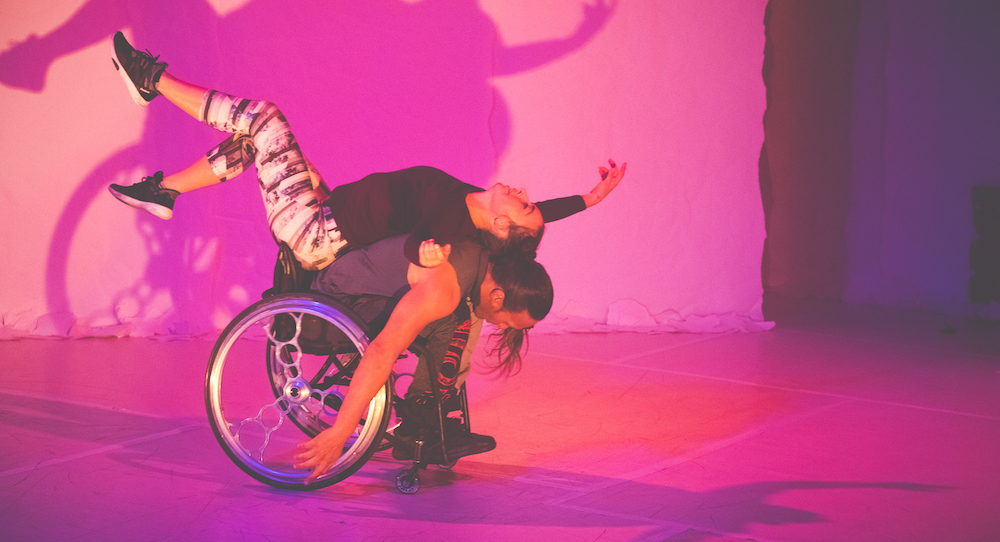 The Sydney Opera House First Nations program curated by Beau James presents two compelling works that showcase the breadth, depth and history of First Nations culture and performance. Meremere, an award-winning multi-artform performance documentary from dancer Rodney Bell Ngāti Maniapoto (Aotearoa) will be presented from 25 – 27 August in the Studio. The free photographic exhibition, ALWAYS HERE – 50 Years of Black Theatre, recognises the pioneering activism of Redfern’s National Black Theatre and the history of First Peoples on the stages and sails of the Opera House. It opened during NAIDOC week, from 3 July in the Bennelong Passage.

Meremere draws on Bell’s Maori culture, creating a richly layered work of art through spoken word, music, dance and audio visuals. Known for his physically integrated performance, he was paralysed from the chest down following a motorbike accident 31 years ago, and then took to the stage where his wheelchair became a fluid extension of his body. Bell reveals his journey from principal dancer in California’s AXIS Dance Company, to a devastating period of homelessness on the streets of San Francisco. Meremere was developed in collaboration with director Malia Johnston’s performance design company Movement of the Human (MOTH). There will be an AUSLAN performance at 6pm on 26 August, and the performance on 27 August at 2pm will be relaxed.

Sydney Opera House Head of First Nations Programming, Beau James, says, “Rodney Bell Ngāti Maniapoto is a masterful storyteller whose autobiographical work, Meremere, is uplifting and inspiring and has his culture at its heart. ALWAYS HERE provides Opera House visitors with an opportunity to reflect on the impact of Black Theatre on the Australian performing arts industry and the incredible First Nations performers who have featured on the Opera House’s stages and spaces. Tubowgule, the traditional name for the land on which the Opera House sits, has over 60,000 years of history as a space to gather, dance, sing and celebrate for the Gadigal people. Meremere and ALWAYS HERE continue these long traditions.”

ALWAYS HERE – 50 Years of Black Theatre is a free photographic exhibition of 17 images in the Bennelong Passage. This year marks 50 years since the Aboriginal run National Black Theatre was created in politically-charged Redfern. It began a cultural revolution and was instrumental in establishing actors Bob Maza, Justine Saunders, Jack Charles and Lillian Crombie, who became key figures in a community that also included director Brian Syron and activist Gary Foley. These images are presented in dialogue with the history of First Nations theatre and representation at the Opera House. Highlights include actor and descendant of Bennelong, Ben Blakeney OAM performing on the Sails, images from the 1977 production of The Cakeman, and a portrait of Uncle Jack Charles in Ben Hall.